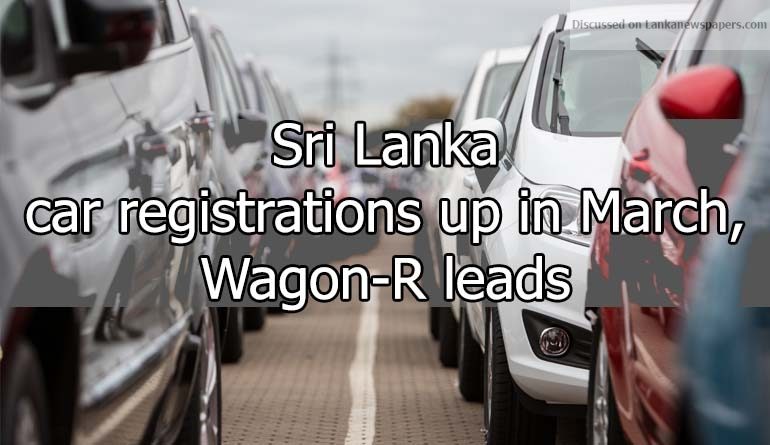 Sri Lanka’s vehicle purchases rose 6.5 percent in March 2018 from a year earlier, with car registration up 107 percent to 5,968 units with Suzuki Wagon-R becoming the market leader after a tax change, an analysis of vehicle registry data shows.

In March 2,380 Wagon-Rs were registered up from only 626 a year earlier, JB Securities, a Colombo-based equities brokerage said.

Indian-made Maruti vehicles were market leaders before Mercantilist crackdown on car imports after the central bank triggered a balance of payments crisis by printing money in 2015 and 2016. A recent tax change made Wagon-Rs more affordable.

“Maruti Alto recorded 17 units in the month, as a point of reference in Sep 2015 there were 7,556 units registered – another case of how government policy can tilt the playing field so precipitously,” JP Securities said in a note to clients.

“Under the unit method of duty the taxes on a 660 cc hybrid engine found on most Japanese small cars is LKR 825,000, on an 800cc Alto it is LKR 1.4 million although the landed price of the former is probably 50% less.”

Sri Lanka’s politicians and bureaucrats, who get tax free and tax slashed cars also cracked down on three wheeler’s raising taxes and squeezing credit in the wake of the money printing bout, denying mobility to lower income segments in another vicious intervention, freedom advocates say.

Before the crackdown by Sri Lanka’s rulers, people imported between 6,000 to 10,000 three-wheeler units a months. In rural areas the three-wheeler is the only public transport available.

They were also used by craftsmen like carpenters and masons as personal transport, and small business owners until the crackdown.