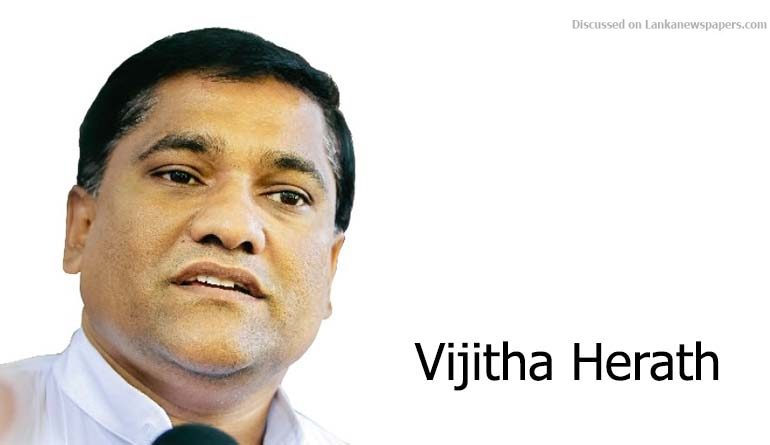 The Janatha Vimukthi Peramuna (JVP) yesterday (17) said that they would submit the proposed 20th Amendment to the Constitution, to abolish the Executive Presidency,……at the commencement of the Second Session of the Eighth Parliament.
The JVP had previously planned to submit the Amendment on 19 April. However, the submission of the proposal had to be postponed due to the President proroguing the First Session of the Eighth Parliament on 12 April.
Speaking to Ceylon Today, JVP Propaganda Secretary Vijitha Herath said that the Party hopes to submit the proposal at the start of the Second Parliamentary Session.
The JVP announced that it would meet all sides, including President Maithripala Sirisena and Prime Minister Ranil Wickremesinghe to hold discussions on the matter.
Meanwhile, the Joint Opposition (JO), on the same day, stated that they, including former President Mahinda Rajapaksa, would support the JVP’s proposal to abolish the Executive Presidency. JO MP Bandula Gunawardana added that former President Mahinda Rajapaksa had informed the JVP about their decision to support the motion.
“However, an additional proposal should be included to the said motion that Parliament would be dissolved on the same day the proposal gets passed,” JO MP Bandula Gunawardana told journalists during a press conference in Colombo.
When queried about this, Herath said that although the JVP had not received such a confirmation officially there have been several unofficial discussions on the matter.