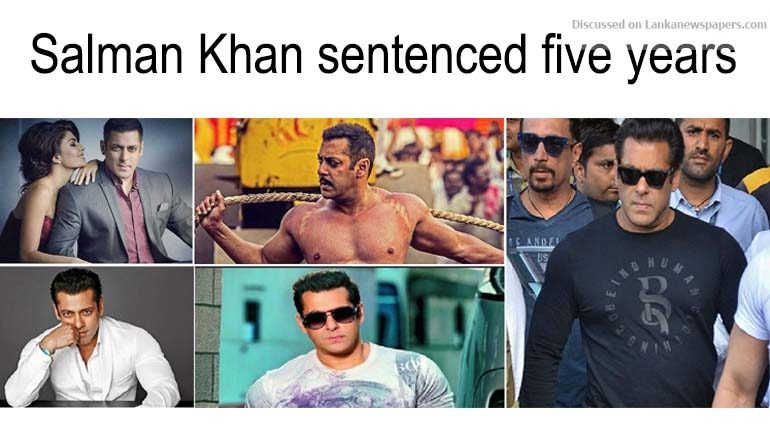 An Indian court has sentenced Bollywood superstar Salman Khan to five years in jail for poaching rare antelope back in 1998.

Khan killed the two blackbucks, a protected species, in the western state of Rajasthan while shooting a film, BBC reports.

Public prosecutors alleged that Khan, 52, and four other actors in the car with him fled the scene when they were spotted, leaving the animals’ carcasses behind.

The other actors, among them Saif Ali Khan and Sonali Bendre, were acquitted by the court in Jodhpur for lack of evidence.

However, Khan can appeal against the verdict in a higher court.