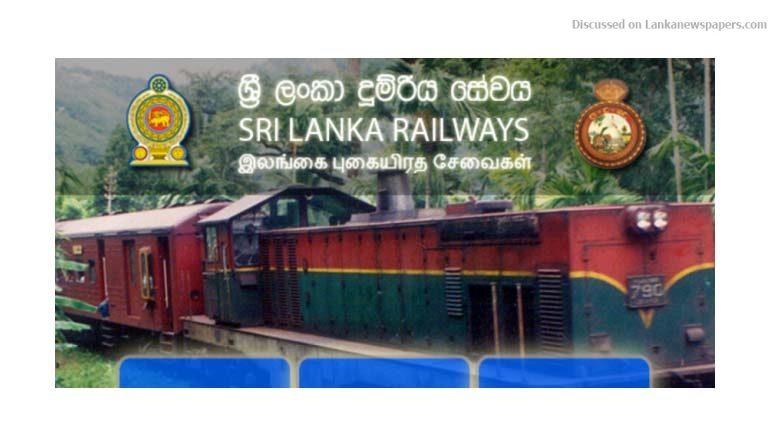 A Ministerial Committee has recommended that the Railways Department (RD) be allowed to function as a closed service, so that, it can function more independently and address salary issues as well as internal administrative issues.

The Committee comprising Secretaries of the Ministry of Public Administration, Transport, Health, Posts & Postal Services, representatives of the Salaries & Cadres Committee, Management Services Department and the General Manager Railways was appointed to ascertain how best to resolve the problems of the RD, including salary issues.

“Employees of the RD have been engaged in several strikes, mainly due to salary issues. Making it a closed service will enable it to function outside the government salary structure of other government departments, and draw up a new salary structure according to seniority. They can use funds from their income for this,” said Transport Ministry Secretary G.S.Vithanage.

The Committee has also recommended that an independent Board be set up to deal with promotions, transfers, recruitments etc. within the RD.
He added that, while pensions will continue as they are for all current employees, future employees will have to move towards a contributory pension system or, contribute to the EPF-ETF.

Mr Vithanage said that this Report will be presented to Cabinet in the next two weeks, and then a final decision would be made whether the RD will continue to function under the Transport Ministry or, become an independent authority.