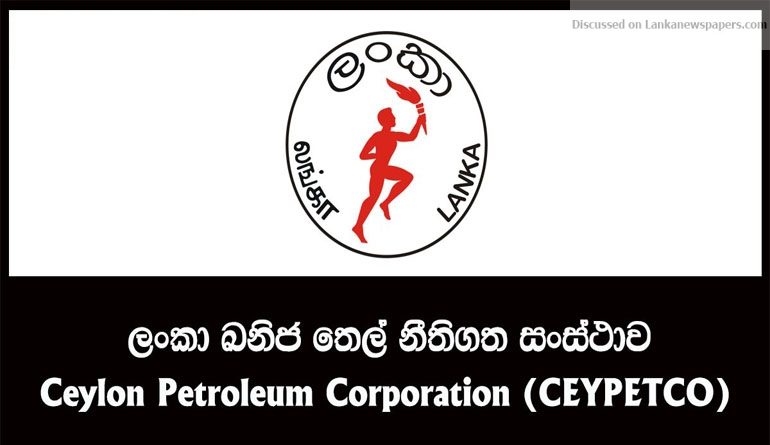 The Government has no funds to keep propping up the Ceylon Petroleum Corporation (CPC), though it has chosen to keep selling fuel at current prices even after a petrol and diesel hike by rival Lanka Indian Oil Company (LIOC), a senior Treasury official said yesterday.

The latest fuel crisis is “very difficult to control,” said the official, who did not wish to be identified. Losses in power and public transport sectors, among others, are colossal and the CPC has now become a big burden on the State, he said. By keeping petrol and diesel prices unchanged, the CPC is suffering an additional loss of Rs.38 million on a daily basis.

Petroleum Resources Development Ministry Secretary Upali Marasinghe said the State-owned corporation was losing Rs. 266 million a week. “The only way we can resolve this is by introducing a cost-reflective fuel pricing formula. This will allow fuel prices to move in tandem with world oil prices. We are having discussions on this but it cannot happen without a firm decision from the top political leadership.
We can’t continue to suffer such colossal losses for long,” he said.

The secretary said the Ministry and the CPC were in agreement that a pricing formula was the only way out of the crisis, but pointed out that the mechanisms needed to be worked out by the Treasury first.

Mr Marasinghe, however, said the CPC had enough stocks to meet the increased fuel demand at its filling stations. He said current stocks wer sufficient for one and a half months and additional stocks had also been ordered in view of the National New Year season.
The Government last year, pledged that a cost-reflective fuel pricing formula would be introduced by March this, along with a similar mechanism for electricity in September.

Introducing such mechanisms was a pledge the Government had given to the International Monetary Fund (IMF) to obtain a US$ 1.5 billion loan to avert a balance of payments crisis. The deadline for the fuel pricing formula has now lapsed, with officials confirming that despite earlier commitments, no concrete steps had been taken.

The Treasury too has expressed alarm at the latest crisis unfolding in the fuel sector, noting that the LIOC will continue to suffer significant losses even after the price hike, while the losses to the CPC will be far greater given that its selling prices are unchanged.

“If the situation deteriorates, LIOC may even pull out from Sri Lanka entirely,” the Treasury official warned. He said this outcome was undesirable, given that it would mean the CPC would again have a monopoly in the country’s fuel sector. This in turn would give petroleum sector trade unions far too much power to hold the country hostage through a strike whenever they felt inclined to do so to win their demands.

Last week, LIOC raised the price of 92 Octane petrol by 9 rupees a litre and auto diesel by 5 rupees a litre.
LIOC Managing Director Shyam Bohra said the company’s losses even after last week’s price hike were still high. He said the latest world brent crude price hovered around US$ 70 a barrel. “We are losing about Rs. 200-225 million a month. It can’t be sustainable in the long run,” he said.

Mr Bohra said fuel prices had remained unchanged since January 2015. “Increasing the price is a tough decision. So we waited long. But we couldn’t continue doing so,” he said. The LIOC again called on the Government to introduce a pricing formula.

Pledging the LIOC would not quit the country as it was a long-term player in the industry, Mr Bohra, however, said a decision would have to be made on a further price increase if the introduction of the pricing formula was delayed.

The CPC’s Joint Trade Union Alliance Convenor, D.J. Rajakaruna, expressed fears that maintaining prices at their current levels would prompt the Government to use other avenues, including cutting down CPC worker salaries and benefits, or slashing its workforce in a bid to reduce losses.

“The situation is unsustainable. Not only is the CPC giving massive subsidies, but other State institutions such as the Ceylon Electricity Board (CEB) owe the CPC millions of rupees in unpaid bills. If this continues, the Government may label the CPC as yet another white elephant,” he said..