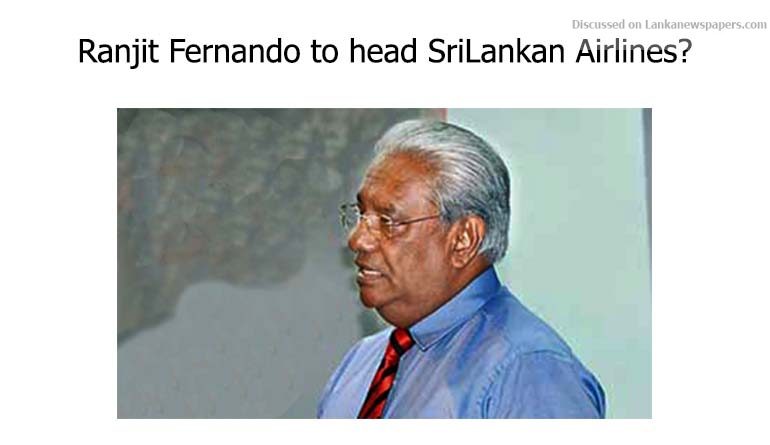 Former banker Ranjit Fernando, a close associate of Prime Minister Ranil Wickremesinghe, is tipped to be appointed as the new Chairman of the ailing national carrier, SriLankan Airlines, sources said.
Sources also revealed that existing directors Rakhita S Jayawardena and Harendra Balapatabendi might remain on the new Board, which is expected to be appointed within a few days.
Current Chairman Ajith Dias and six directors of the board offered to resign late last year, in support of the Government’s restructuring plan.
Meanwhile, SriLankan Airlines’ top management presented its restructuring plan to the Government last week. The restructuring plan was the brainchild of the United Kingdom-based aviation consultancy specialist, Nyras.
“They (Nyras) have prepared a detailed proposal on the way forward with a restructuring plan for the carrier, and have submitted this to the Government for initial approval.

The proposal will also be presented to the Cabinet shortly,” the sources said.
The officials, however, did not disclose the details of the report.
The Government has appointed a Ministerial Subcommittee under Prime Minister Ranil Wickremesinghe and a top-level official committee headed by Treasury Secretary Dr R H S Samaratunga to recommend the strategy to revive the loss-making national carrier.