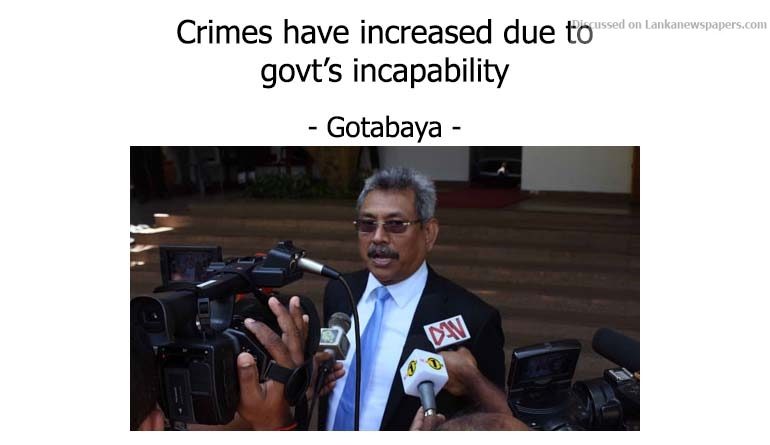 Former Defence Secretary Gotabaya Rajapaksa today charged that crimes have increased in the country due to the incapability of the government.

“These (crimes) have to be controlled or else every day we see people are being shot,” he said, speaking to reporters in Colombo after a court hearing today (26).

He stated that shootings are now being carried out by individuals on motorcycles and not ‘white vans’.

“They told lies and destroyed the system which was in place and now unfortunately the underworld, drug dealers and other criminals have all surfaced.”