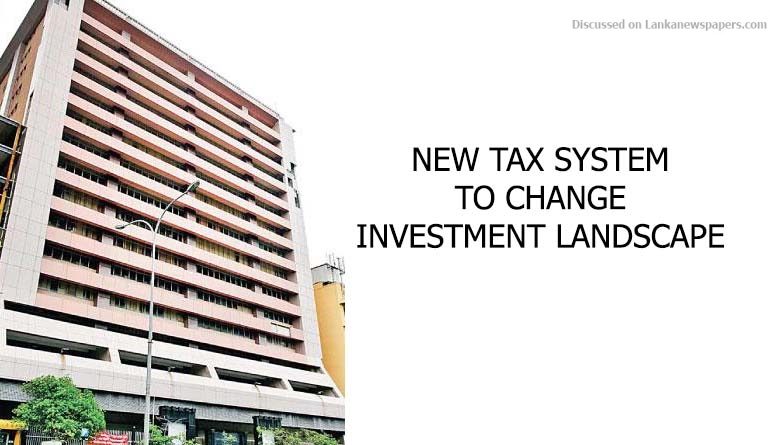 The new Inland Revenue Act which takes effect from next week (April 1) will strengthen the country’s business climate and attract more foreign direct investments. The Act will create a level playing field for everyone to do business, moving away from the culture of preferential treatment.

Finance Minister Mangala Samaraweera last week said, he hoped the new act will help bring a paradigm shift to taxation in the country that in line with “our policy of updating complex legislations to achieve our development goals in this 21st Century.”

He was speaking at an awareness seminar in Colombo on Monday.

Over two decades Sri Lanka recorded downward tax revenue that reached just over 10% in 2014 as a share of the GDP. Sri Lanka was among the lowest tax revenue countries. Despite the continued rise in income levels, the country’s tax revenue failed to record any improvements. The one hand our tax system was complex and confusing, on the other hand there were numerous ad-hoc tax concessions, over 200 of them, which were granted without any rationale.

Minister Samaraweera said, “We all must, as citizens, should become partners, stakeholders and masters of our own development endeavours and this new IR Act was designed to broad-base the tax payer understructure and to encourage all countrymen to shoulder that collective responsibility.The elimination of tax exemptions through this new Act would create a level playing field for everyone to do business, moving away from the culture of preferential treatments. Every citizen who wishes to be an entrepreneur will have an environment of transparency, fairness and equity in future Sri Lanka once our new rules-based legal system in operation, he added.

Meanwhile, tax experts commended the efforts taken to simplify and rationalize the system under the new Inland Revenue Act. “The new tax law is transparent and has granted many tax exemptions to various sectors.”

Talking about some of the main points, he said, “Practically, none of the Partners of a Partnership may be entitled to this exemption, as each Partner will have to establish that he has provided services to a person outside Sri Lanka and he has earned foreign currency as income.

“Each partner cannot establish that he has provided services outside Sri Lanka and he has been paid in foreign currency for such services. Like in the case of Inland Revenue Act, No. 10 of 2006, the exemption should be given through the Third Schedule (Exempt Amounts – Section 9) (instead of the Fifth Schedule – Qualifying Payments and Reliefs – Section 52) for a Partnership, based on the number of Partners.”

“Persons who have income from profession should be allowed to adopt cash basis from their business income as accrual basis does not have commercial sense in the case of a profession.“The Section 21 should be corrected. It is well settled in Law that if reasons in writing are not given by an Assessor for not accepting a Return of a Taxpayer, the Assessment made is invalid.

“Thus, Section 135 (Amended or Additional Assessments) should include such reasons to be given, when the Return is not accepted by the Assistant Commissioner (Assessor). Based on the current case laws, every Assessment may become invalid, if reasons are not given, even if the Law does not specifically provide to give reasons for not accepting the Return.”

The Taxpayer should be protected and he should be given every right to have his chosen Authorised Representative to look after his interest under every circumstance. The Commissioner-General should not be allowed to decide on the destiny of the taxpayer.

Also, it will result in scaling down the Department of Inland Revenue including the staff.

“The period of two years should be granted. If not, this will lead to more cases being transferred to Courts, which will further strain the already slow Legal System in Sri Lanka This will in turn, reduce the rank of Sri Lanka in the global competitive index.

“He said small Taxpayers cannot afford legal costs, if Tax Disputes are expeditiously escalated to the Courts of Law and this will result access to justice being denied.”