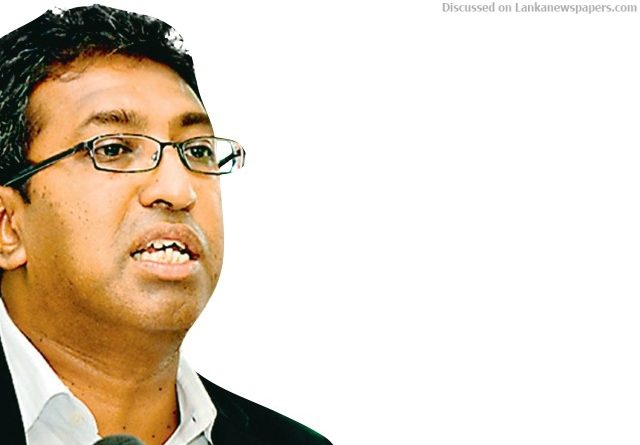 The financial crisis-hit Information and Communication Technology Agency of Sri Lanka (Private) Limited (ICTA) is attempting to transfer its abandoned National Payment Platform (NPP) project related software to LankaClear (Pvt) Ltd through political lobbying for the country’s independent Monetary Board, related high-level Government sources revealed.
According to the sources, State Minister Harsha de Silva recently summoned the members of the Monetary Board (MB) to his office and requested them to agree to this software transfer decision.“Even though CBSL is gazetted under Prime Minister Wickremasinghe’s Ministry of National Policies and Economic Affairs, politicians don’t have any legal and moral rights to summon MB members to their offices and made such requests, as the MB is an independent authority. We thoroughly condemn the State minister’s interventions to MB activities,” critics told Ceylon FT.
According to the sources, the relevant software was developed without proper CBSL’s prior consultation or approval, as such prior approval is mandatory to link any NPP system to the existing platform.
“Anybody can develop any type of NPPs without any approvals, but they require CBSL’s approval for connecting it to the NPP,” they said.
In August last year, the Government suspended the ICTA’s controversial NPP project over serious allegations made against the ICTA’s then-CEO/MD Muhunthan Canagey’s NPP project by the general public.The public criticized the handing over of NPP operations to outside parties against Central Bank regulations, and said it was severe threat to national data security.
“After this NPP project cancellation decision, ICTA is now trying to transfer its software to LankaClear to avoid possible audit queries,” critics accused.
Meanwhile, speaking to the Ceylon FT LankaClear officials said that they were willing to acquire the relevant NPP-related software after verifying its Payment Card Industry Data Security Standard (PCI-DSS) compatibility.
NPP is a platform that can be used to develop applications to facilitate digital payments.
The software product engineering company 99X Technology was awarded the tender to build the core National Payment Platform. Thus, an official contract was signed on 2 January 2017 between ICTA and 99X…Technology.According to sources, ICTA is currently facing severe financial difficulties and delaying payments for their
suppliers.