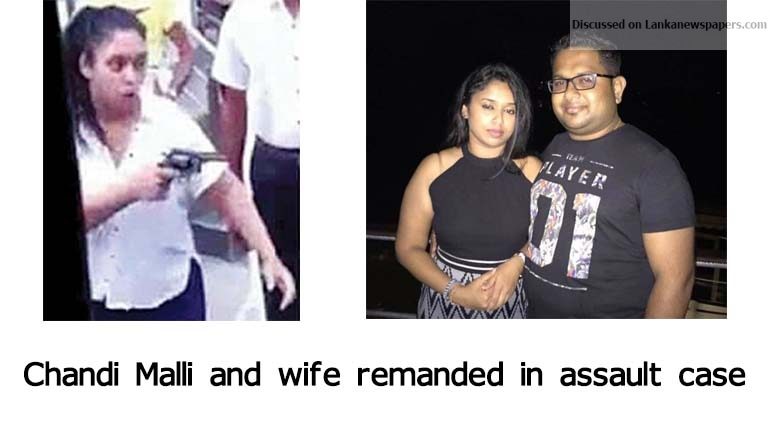 The prosecution had complained against the victim.

The suspect’s wife had allegedly attacked the victim several times with the butt of a pistol belonging to her husband, the police told court.

The prosecution objected to bail being granted to the two suspects citing that they had committed an unbailable offence under the Firearms Act.

The defence told court that a firearm had been issued by their client for self defence and said that the suspect had not committed a serious crime using the firearm and it was only an assault, hence requested bail.

But the judge rejected the plea by the prosecution and ordered the two suspects to be remanded till 13 and ordered the victim also to appear before court on the same day.