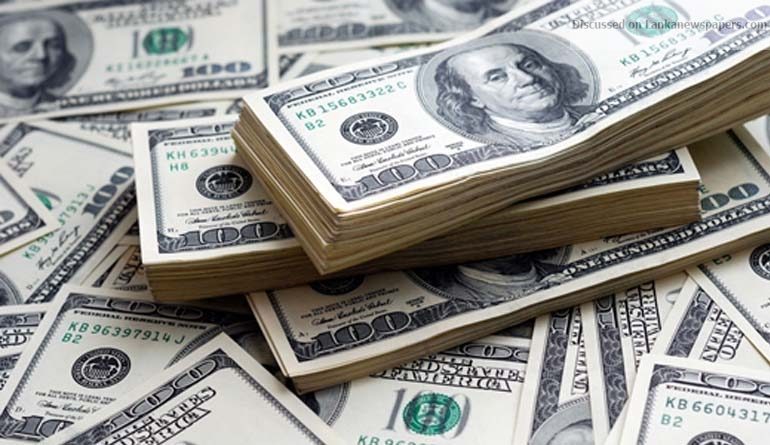 The central bank bought 93 million US Dollars in forex markets from commercial banks in the month, a down from 191 million US dollars in January.

Gross official reserves also include dollar reserves held by the Treasury and are not limited to the assets of the monetary authority.

Sri Lanka saw some political uncertainty in February following a defeat in local council polls, which led to some bond sales by foreign investors and also early payments by importers. There was real floating on the currency during the period, analysts say.

The central bank weakened the rupee over 2017, buying dollars at increasing higher rates (a downward crawling peg), inflating the prices of traded goods despite weak credit and purchases being sterilized by selling its Treasury bill stock down.

Some commercial banks have raised deposit rates over the last few weeks, which analysts say may point to an early recovery in credit.

If credit recovers the ability of the central bank to collect reserves without further depreciating the currency, pushing inflation up and harming real wages of people.

The central bank has not officially cut interest but a wide policy rate band has meant that since the end of the balance of payments crisis in mid 2017, the benchmark overnight rate has fallen 120 basis points from 8.75 percent ceiling policy rate to 7.50/60 percent now.

The central bank has sterilized dollar purchases at around 7.35 to 7.50 percent for up to two week repos setting an effective policy rate by open market operations a little higher than the overnight floor policy rate of 7.25 percent. (Colombo/Mar12/2018)