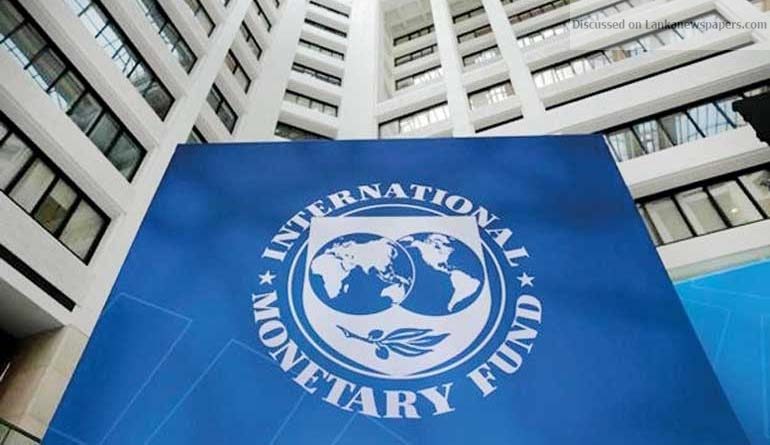 Sri Lanka’s economy is projected to grow by 4.4% in 2018, the International Monetary Fund (IMF) has said in its latest update but warned reforms, including a fuel price rise earlier tabled for March, remain critical to strengthen debt repayment capacity, improve state enterprise performance and put the overall economy on a stronger footing.

An IMF staff team led by Manuela Goretti visited Colombo from 27 February-9 March to hold discussions for the 2018 Article IV consultation and advance the technical work on the fourth review of Sri Lanka’s economic reform program under the three-year Extended Fund Facility (EFF).

“Following a series of weather-related shocks in 2017, the economy is gradually normalising. Real GDP growth is projected to rise to 4.4% in 2018, supported by a recovery in agriculture and industry and robust growth in services, reaching 5% over the medium term. Inflation is projected to revert to around 5% by end-2018, as food prices stabilise,” the IMF said in a statement.

Despite weather-related shocks and some delays in implementation, program performance remains broadly on track. The new Inland Revenue Act (IRA) and the Central Bank’s Roadmap towards inflation targeting represent landmark reforms and their successful implementation is critical going forward.

Fiscal consolidation is advancing, with preliminary data showing a primary surplus in 2017. The Central Bank has been effective in curbing credit growth and stabilising inflation despite recent pressures, while stepping up its pace of reserve accumulation.

“Nevertheless, the economy remains vulnerable to adverse shocks given the still sizable public debt and low external buffers. Looking ahead, to secure these hard-won gains and support inclusive, sustained growth, the reform momentum needs to continue and policy frameworks and institutions further strengthened.”

Against this backdrop, the authorities should push ahead with their Vision 2025 strategy to support Sri Lanka’s rapid and inclusive growth through ambitious structural, macro-economic and social reforms, the IMF advocated. However, the Government, having recently suffered an election setback, is unlikely to push ahead with painful reforms including implementing transparent price transfer of fuel, which was initially targeted for March and power for September.

It pointed out that further revenue mobilisation is needed to meet the 2018 primary surplus target and reduce the overall deficit to 3.5% of GDP by 2020. The new IRA represents a major achievement towards a simpler and more equitable tax system and its smooth implementation will be critical. There is also scope to further strengthen the efficiency of public investment and social safety nets.

Beyond 2020, a well-designed fiscal rule can help build on this progress and place debt firmly on a downward path. In line with international best practices, the Fiscal Management Responsibility Act should be amended to contain mechanisms to ensure compliance, supported by improvements in debt management and greater fiscal transparency, the IMF said.

Energy pricing reforms are a priority to contain fiscal risks from State Owned Enterprises (SOEs). Targeted social transfer programs can help to mitigate the distributional impact of these reforms. Timely publication of the audited financial statements of major SOEs and regular review of performance under the recently introduced Statements of Corporate Intent would also strengthen SOEs’ governance and transparency.

“The Central Bank has prudently managed monetary policy in the face of price shocks and market volatility. The Central Bank should remain focused on price stability as its primary objective and stand ready to tighten if signs of demand-side inflation pressures or accelerating credit growth appear. The favourable external environment offers a window of opportunity to bolster reserve buffers and, in the event of volatile global capital flows, exchange rate flexibility should be the first line of defense. Planned changes to the Monetary Law Act, as part of the roadmap towards flexible inflation targeting, are a key milestone to further strengthen the CBSL’s mandate, governance and autonomy.”

The authorities should remain vigilant against a build-up of systemic risks in the financial sector. If needed, further macroprudential tools can be considered to curb excessive credit growth in certain sectors.

The banking sector is on track to meet the Basel III requirements and should prepare contingency plans to insure against an adverse shock. Non-bank financial institutions should be subject to the same level of oversight as banks, with problem institutions promptly resolved.

On accelerating structural reforms to promote inclusive growth, the IMF said reforms under the authorities’ Vision 2025 are important in promoting rapid and inclusive growth. Sri Lanka’s protectionist trade regime should be gradually liberalised through reform of tariffs, para-tariffs and non-tariff barriers, as well as closer regional integration.

Robust implementation of the new IRA and the one-stop shop for FDI will improve the investment climate. Efforts to combat corruption should be stepped up, including through greater transparency in fiscal and SOE management and a stronger AML/CFT regime.