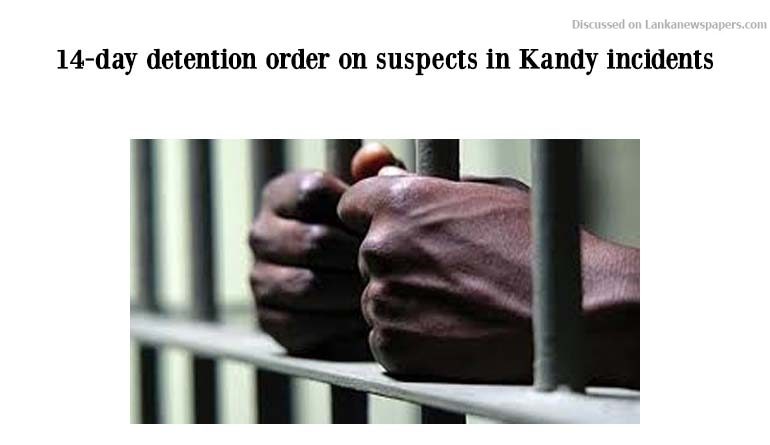 Police said that a 14-day detention order has been issued, under state of emergency regulations, to detain the 10 suspects arrested today over the incidents in Kandy.

The suspects will be transferred to Colombo for questioning.

Amith Jeewan Weerasingh, the main suspect accused of instigating the incidents in Kandy was arrested this morning along with 9 other suspects.

They have been accused of instigating violence in Kandy through social media and were arrested by the Terrorist Investigation Division (TID) following a special operation.

The arrests were reportedly made in Digana and Poojapitiya areas.

Meanwhile a total of 71 suspects have been arrested so far from Sunday (9) to 6.00am today in connection with the various clashes which had broken out, the police spokesman said.