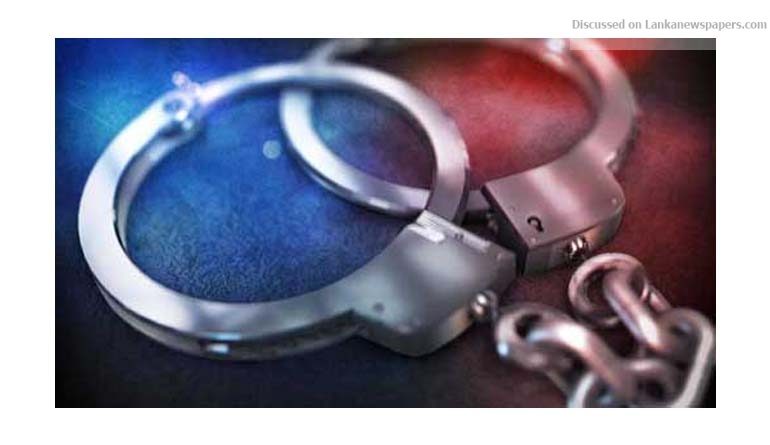 A suspect alleged to have been involved in two murders was arrested in Kalawana by the police yesterday (03).

The suspect was arrested during a raid conducted upon a tip off received by the Colombo Crime Division (CCD) – North.

The thirty-seven-year-old suspect was identified as a resident of Madelgamuwa, Gampaha.

The suspect will be under detention order for 48 orders for further investigations.

It has been revealed upon interrogation that the suspect had been involved in murder of two persons in Gampaha and Mattakuliya in 2017.

The suspect had fled from the area after leaving three T56 firearms and 168 bullets used for the crime, investigations revealed.

Meanwhile, a person who is alleged to have provided the suspect with accommodation was also arrested in Pelwatte and he will be produced before Gampaha Magistrate’s Court today (09).