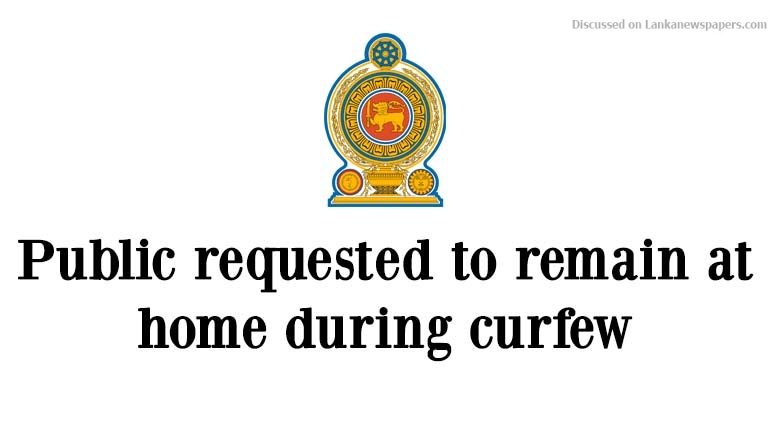 The Government requests all people in the Kandy administrative district to remain at their homes during the police curfew which has been imposed in the area, the Director General of Government Information Attorney-at-Law Sudarshana Gunawardhana said.

Issuing a statement, he had also said that to make statements or release publications intended to incite violence and/or engage in hate speech amounts to criminal conduct according to the laws of Sri Lanka and according to Section 3 of the International Covenant on Civil and Political Rights Act.