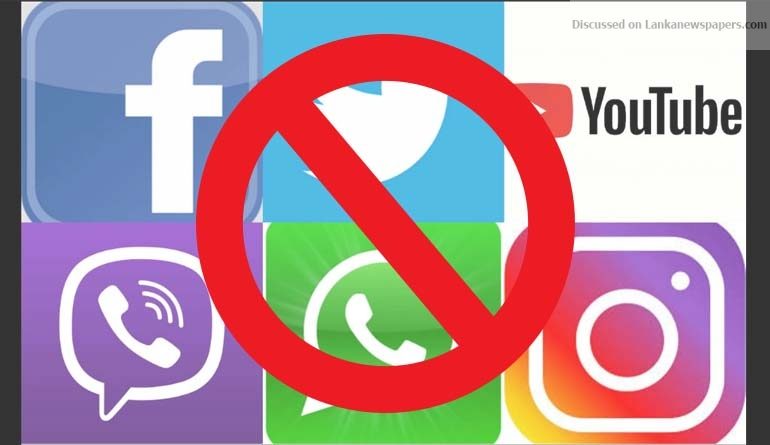 Social media sites and messaging platforms including Facebook, Viber and WhatsApp have been temporary blocked in the country considering the current situation, the TRC said.

The Telecommunications Regulatory Commission of Sri Lanka (TRCSL) said that the decision was taken following a request made by Defense Ministry.

Service providers say that based on the instructions of the TRC, internet access (4G/3G) in the Kandy District has been restrained until further notice.

As a result, they say, that their customers in Kandy will not have access to the internet on mobile networks.

However, when contacted by Ada Derana, a spokesman for the TRC said that service providers have been instructed to slow down the internet speed in the Kandy District.

He stated that the Ministry of Defence has requested the TRC to identify the individuals who are spreading malicious and false information through social media based on the prevailing situation in Kandy.

In order to carry out this filtering, the service providers have been instructed to control the internet speed, he said. Due to this internet users in Kandy will experience a decrease in internet speeds, however this will be restored to normal within the day, the spokesman said.