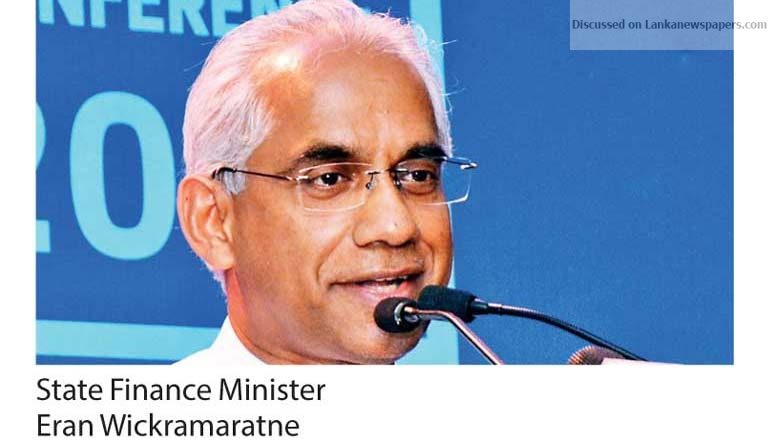 “In the 2018 Budget we allocated money to deal with this indebtedness. We allocated a total of Rs.2.2 billion to deal with indebtedness. On 11 March, Finance Minister Mangala Samaraweera will initiate several programs in the Northern Province, which will help as a broader debt relief program in the peninsula,” he said at the South Asia Micro-Entrepreneurs Network (SAMN) Conference held in Colombo.

He said in addition to the Rs.1 billion allocated in Budget 2018 to deal with indebtedness, the ministry also allocated funds to empower producer cooperatives in the North, extending support to farmers, fishermen, youth and women who are engaged in small-scale businesses. It was pointed out that this was in addition to the ‘Gramashakthi’ program and therefore the total allocation was Rs.2.2 billion.

“We expect that these programs will further leverage Rs.1.5 billion of funds for cooperative rural banks, thrift and credit cooperative societies, so that it will lead to a broader debt relief program,” he added.

He said that on 27 February there were public demonstrations in Jaffna, where thousands of people marched and participated in a rally against the huge debt they had found themselves mired in. There were accusations that microfinance companies have taken advantage of vulnerable people who were trying to rebuild their lives after the war ended.

The State Minister said the Central Bank had intervened in this situation and they had already taken steps to raise the financial literacy rates of the population, particularly thosein the areawho are receiving microfinance.

With the inauguration of these programs on 11 March, Wickramaratne believes at least 20% of households in the north in particular will be covered by these initiatives.

Responding to some of the concerns raised by microfinance practitioners in Sri Lanka, he assured that the Finance Ministry would consider the possibility of widening deposit insurance schemes to include microfinance institutions as well. “It is certainly a legitimate request; we will take it up with the Central Bank,” he stated.

Wickramaratne said that as promised in the Government manifesto, the Microfinance Act was passed and the industry has now moved in the right direction in terms of providing a legal framework and also providing a regulatory framework.

“Although only a very few have really come under the terms of the purview of the Act, I am sure that the road has been opened now and many will follow,” the State Minister said.

In terms of the suggestion of whether microfinance institution credits also could be included in the CRIB, he said: “I understand that these powers already exist and if that is so the Finance Ministry will begin a discussion on how we can implement the powers that already exist.”