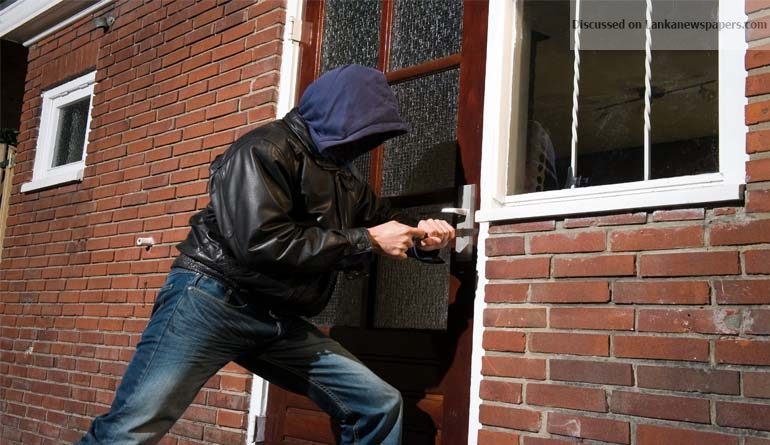 On July 11, the Sri Lankan men – aged between 29 and 49 – were armed with screwdrivers and broke into the man’s villa after climbing over the wall of his house.

Records showed that the accused broke the locks to all the rooms inside the house and stole gold jewellery, a diamond necklace, luxury watches, electronics, an old Omani dagger and cash.

The villa-owner had left the country three days before but told the court he had locked all the doors inside the house including the main door.

“I left the country with my family on July 8 and three days later I received a call from our gardener asking me if I had forgotten the main door to the villa unlocked,” said the 50-year-old professor.

The man called his nephew, who lives in Sharjah, and asked him to check on his house.

After visiting the house, he called his uncle to tell him the villa had been ransacked.

“He called me and informed me that the villa definitely was robbed in our absence and he called the police,” said the professor.

Based on evidence collected at the crime scene, police linked two men to the robbery who they arrested in Sharjah on July 17.

“During questioning, the two suspects told police about the rest of the defendants who were all arrested the same day,” said an Emirati policeman, 37.

The policeman said the five suspects were individually taken to the villa and each gave a similar account of what happened. “Which was a confirmation that they did rob the house,” the policeman said.

He said the suspects also admitted to robbing several other houses which they chose after ensure the house-owners were not present.

“They said they look out for unlit houses. If the houses remain unlit for a while – to make sure that there are no people inside – they drive there. One remains in the car as a look out while the rest break into the house,” said the officer.

On Monday, the defendants all denied an armed robbery charge. Their verdicts will be issued on March 12.