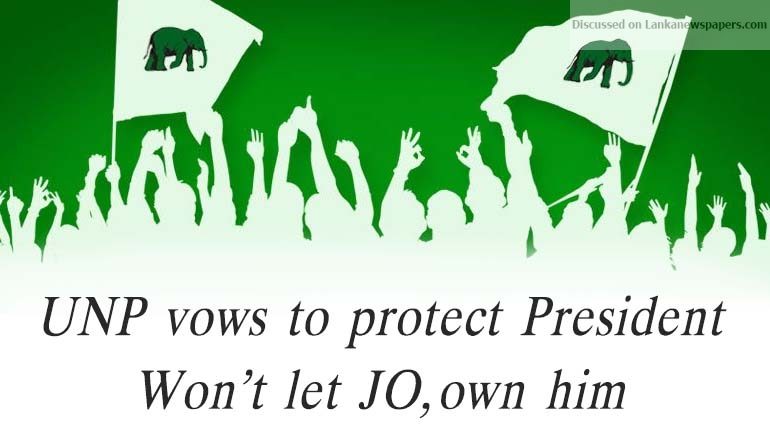 The United National Party (UNP) MPs yesterday
(18) said that they would protect President Maithripala Sirisena and prevent the Joint Opposition from owning him.

They said it was they who were instrumental in making Sirisena the President.
Speaking to the media after a meeting held at ‘Sirikotha’, Deputy Minister Ranjan Ramanayake said that he does not think that the President will join hands with the JO.

“He is our President. It is the UNP which helped him get elected as the President. Therefore, we will always protect him, so that those thieves will not be able to own him. I do not think that the President will join them. He escaped from them knowing all their misdeeds and he will not jump into that swamp,” Ramanayake added.

He also said that there are several drawbacks in the UNP. “But we are not…… murderers like the ones who are in the JO.”
When asked whether he believes Prime Minister Ranil Wickremasinghe should resign from his post, Ramanayake said that there is no reason the PM to resign.