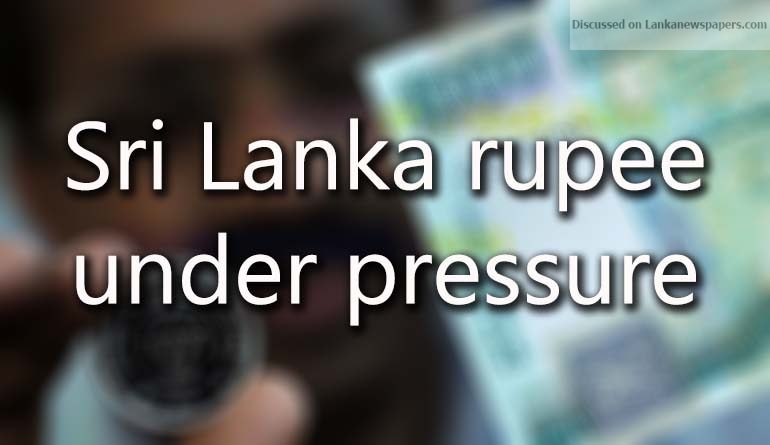 The Sri Lankan rupee hit a record low last week  as panicky importers bought U.S. dollars following the defeat of the ruling coalition parties in a local election, but late selling in the greenback by exporters capped the fall.

“Sri Lanka’s long term foreign exchange sources, such as exports and foreign direct investments, have drastically dropped during the last many years and also short term

exchange sources, such as sovereign bonds, stocks and other sources also declined due to political uncertainty, Professor of Economics University of Colombo Dr. Sirimal Abeyratne told The Island Financial Review.

“Due to political instability short term exchange sources or portfolio investments have reduced drastically, which tend to depreciate the rupee against the dollar, Abeyratne said.

“Panic buying by importers and exporters’ hesitance to sell dollars in early trade resulted in the fall. But during the latter part of the day we saw some exporters selling, said a currency dealer on Friday.

“Rupee will be under pressure to depreciate until we see a solution to the political uncertainty, he added.

The local currency has weakened 1.3 percent so far this year.

The currency is expected to be pressured by continued demand from importers for dollars – this has resulted in a shortage of dollars in the country, market sources said.

They expect a gradual depreciation in the rupee and higher volatility this year on account of debt repayments by the government.