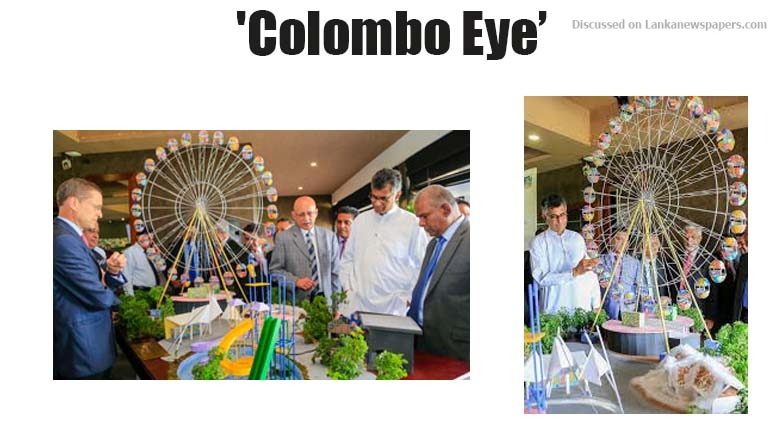 The Water’s Edge today signed an agreement with Melchers Project Management (Pvt) Ltd to construct a giant ‘Ferris Wheel’ named ‘Colombo Eye’ similar to the ‘London Eye’ in the South Bank of the River Thames in London at the ‘Fantasy Land’ that is to be built in Battaramulla.

The project which is to be launched with a Rs.600 million investment would be the first phase of the ‘Fantasy Land’ construction.

The project to be launched based in Diyawannawa is to be supported by the Urban Development Authority (UDA) and the Sport Ministry.

Participating at the ceremony to mark the signing of the agreement, Megapolis and Western Development Minister Champika Ranawaka said the lake side next to the Water’s Edge would be developed and transformed into an entertainment city.

The Minister said that ‘Fantasy Land’ was planned to be built with the latest technology in order to compete with tourist attractions such as those in Singapore and Dubai.

He said during the next three years, the UDA was to make a huge investment in the fields of transport and construction in Battaramulla.

Accordingly the construction of three office complexes and a main multi transport centre is to commence this year.

The Minister said that according to the newest development plan public would receive international level entertainment within Sri Lanka.