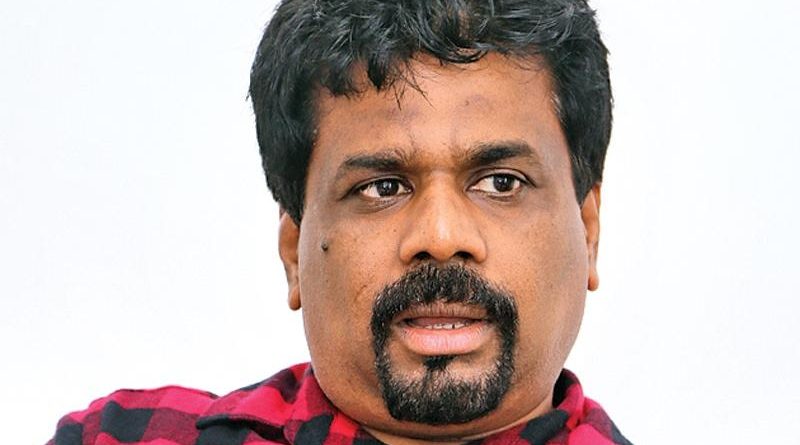 The real challenge for the JVP is to appear as a political party able to rule the country moving away from its rebellious past, said, the Leader of the Janatha Vimukthi Peramuna (JVP) Anura Kumara Dissanayake during a candid interview with the Sunday Observer. According to Dissanayake while the party hopes to make favourable gains in the upcoming elections, he went on to speak about the party’s preparations, challenges and future plans.

Q. The JVP appears to be exploiting the dissatisfaction of the voters with the main parties by using the catchy slogan, ‘JVP ta gama demu’ (Let’s give the village to the JVP). Apart from that what is the rationale and message behind this slogan?

A. The JVP has focused on two factors in this election. Firstly, with the economic, social and cultural policies of the main parties being proven as failures, the JVP has put in place a targeted program to gain power at the next general election. We have entered the local government polls as an initial step of this program. To achieve this target, the party hopes to make favourable gains in the local government polls to establish a broad national movement targeting the 2020 election. We are therefore actively participating in the LG polls.

Secondly, a local government has no responsibility in formulating national policies. Local governments have to gather tax monies of those living in the area while utilizing these funds to provide necessary services to the locality. The parties that have controlled these local governments have been corrupt and inefficient while also utilizing funds for non-essential projects, thereby wasting public funds. The services that should have been provided to the public have not taken place. Therefore, the JVP requests that people vote for the JVP to provide them with the necessary services and proper implementation of projects in their localities.

Q. The JVP is accepted as the ‘Third Political’ force of the country. Will the entry of the Sri Lanka Podujana Peramuna (SLPP) into the political fray affect this status of the JVP?

A. We are not the third force in Sri Lankan politics, the JVP is the alternative political force. Despite being different parties all others belong to one camp and are more or less the same. Therefore, the JVP is engaged in an alternative political movement against them. It doesn’t matter to us which position either party is placed at, as the competition is within their camp. These political movements, therefore, have no effect on our political journey and status.

Q. The rule of the JVP over the Tissamaharama Pradeshiya Sabha was considered as being highly successful. If given the opportunity can the party emulate this success in other areas of the country?

A. During this election, other parties are attempting to bring into power their party electoral seat organizer’s representative. This is with the intention to strengthen the organizer’s voter base at village level,by getting the representative to organize his political campaigns. However, the JVP’s attempt is to elect the representative of the village. Currently, the people are dissatisfied with the allegedly corrupt individuals high up in the political ladder. While local government members cannot be part of major frauds, till recent times their role was to protect their respective leaders and parties and in return, given the chance to swindle some money reserved for locally based projects. The JVP hopes to get the proper representative for the villages elected. If this is possible the JVP can assure that the LG bodies will function as they should by providing the people with the necessary facilities. We were able to prove this capability in Tissamaharama.

Q. The violent past of the JVP is a recurring topic in the political arena, especially, during elections. Has the JVP done anything to change this perception about the party’s past among the people?

A. The criticisms being levelled against us are over 28 years old. It only goes on to show that after 1994 when the JVP entered the democratic stream of government there has been no substantial criticisms that can be levelled against us by our opponents except presenting a distorted image of our past to the public. It proves that the path the JVP is now on is correct. While those that bring up the past continue to live in it, the JVP is a party concerned about the present. Therefore, we request the people to compare us with the present political scene of the country.

Q. At various times top-level members of the party have left the JVP. Has this in anyway affected your voter base?

A. It is undeniable that even if a village level party member leaves it has a negative effect. But compared to other political movements the JVP works according to a particular discipline and is a more organized political movement. Therefore, we are unafraid to take disciplinary action against any member who works against these policies and ethics. It applies to the Weerawansas of the past and even the current leaders of the party, including myself. A degenerated and failing country cannot be built by a political movement which is also degenerated. Only an organized party with discipline can build this country and therefore we ensure these qualities within our political movement.

Q. What is the JVP’s position on the new electoral system and how will the JVP fare under it?

A. The JVP played a major role in introducing the new electoral system. In comparison, due to the eradication of the preferential voting system and the increase of women’s participation the new system is far better than the former. As for how the JVP would fare under the new system, we are actively involved in the LG poll campaigns and are hopeful that the people will give us a favourable response while ensuring the win of the JVP.

Q. There have been allegations that the female candidates of certain parties were being harassed by their own party members. How is the JVP different in this regard?

A. Harassment of women exist not only in politics but is a common phenomenon in society. It is only one form of pressure put on women that we see through political movements today. As for the JVP, we have always fought for the equal rights of women in society and even within the party, women’s groups are given equal responsibilities as their male counterparts. The JVP does not differentiate based on gender, unlike other male dominant political parties.

Q. Has the JVP given ample opportunities to minority candidates of the party?

A. The country can only move forward if equal rights to all races are ensured, a divided country will not progress. Racism must be defeated. Among non-Tamil political movements, the JVP is contesting in a large number of electoral divisions in the North as well as the East. By giving them an opportunity to choose their leaders among themselves these communities have been drawn closer to the party.

Q. Questions have been raised regarding the ‘quality’ of certain party candidates. What is your take on this?

A. The question is less about the educational qualifications of a candidate and more about their policies. Despite his education what is the role of politicians such as G.L Peiris today? Those with allegations against them exist not only among LG poll candidates but in Parliament as well. So, speaking of corruption at village level is a mere farce and there is no point scolding the candidates as it is the parties that are attempting to gather votes through crooks, thieves or thugs. Therefore the issue is not with the candidates but with their leaders.

Q. How does the JVP ensure that election rules are adhered to by their members?

A. This is the first election being held after the Election Commission was appointed and the first election under the new electoral system. Therefore, certain rules relating to the elections were only informed later as the campaign progressed, rather than at its inception. It would have been easier if we had been informed of these rules before. But, our members ensure they work according to the rules set out. We may not be able to adhere to the rules hundred percent but compared to other parties I believe the JVP adheres to them better.

Q. A photograph of you travelling in business class during a flight is now being shared on social media with various comments being made regarding it. What is your response to this?

A. Thisonly shows the bankruptcy of certain political movements. If the worst criticism one can level against a politician is that he travelled by business class and that too by not misusing public funds or money swindled from the people, then I am happy about it.

Q. What are the JVP’s political plans beyond this year’s local government polls?