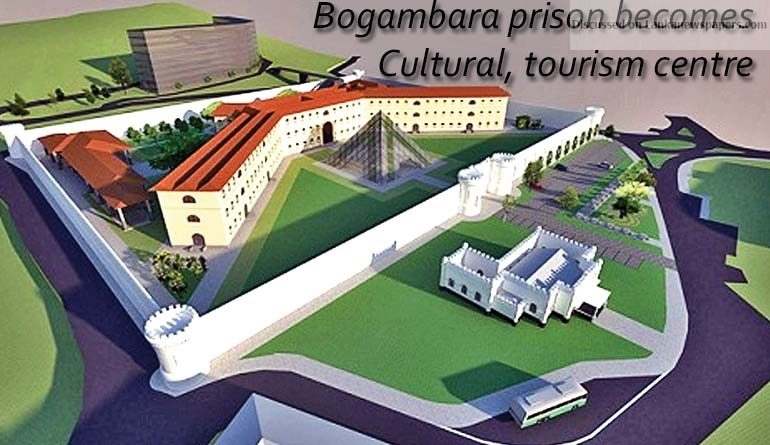 The Bogambara prison premises will be converted into a cultural and tourism centre under the government’s programme of developing Kandy as a tourism hub, Prime Minister Ranil Wickremesinghe said.

He was participating in an inspection tour of the prison premises yesterday.

These development activities will be conducted under the guidance and blessings of the Chief Prelates of the Malwatte and Asgiriya Chapters, the Premier said.

The Bogambara prison was built by the British in the 19th century and in 2013, the government decided to close the prison complex. Serving inmates were transferred to a new prison complex in Pallekelle. There were proposals to establish a cultural centre to conserve the historical values of the Kandyan Kingdom.

Under the new development plan, Bogambara Prison premises will be converted under three phases and a park will be constructed under the first phase of the project at the total cost of Rs 400 million. The other two phases will be conducted with Japanese financial assistance.

A sketch of the complex.