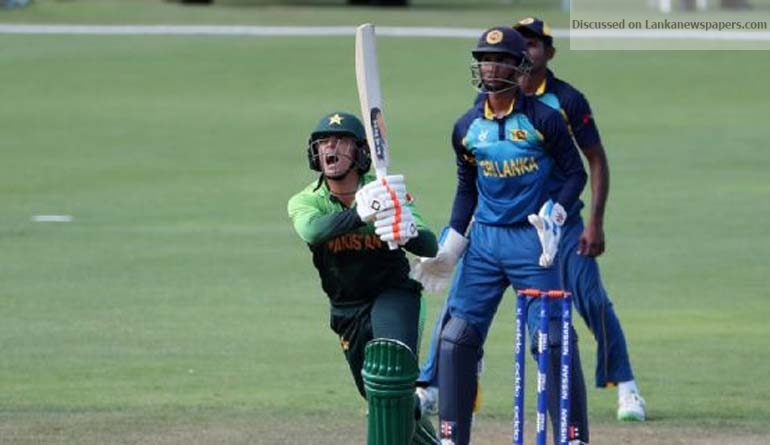 A slim and slightly tense chase against Sri Lanka helped Pakistan seal a three-wicket win and a quarter-final berth, led by a combined five wickets between their quick bowlers Shaheen Afridi (2 for 41) and Suleman Shafqat (3 for 29). The duo helped bowl Sri Lanka out for 188 before the chase was steered by a half-century from left-hand middle-order batsman Ali Zaryab and later sealed by consecutive sixes from No. 9 Muhammad Musa.

Put in to bat, Sri Lanka struggled to build substantial partnerships once opening bowler Arshad Iqbal struck in the third over. Only the No. 4 batsman, Jehan Daniel, held the innings together with a 53, stitching together a sixth-wicket stand of 76 with Ashen Bandara (37) that took them towards 150. Pakistan captain Hasan Khan broke the partnership and Shafqat wiped out the tail to dismiss Sri Lanka in 48.2 overs.

Pakistan lost two early wickets to Thisaru Rashmika but opener Muhammad Zaid scored a quick 26-ball 28 while No. 4 Zaryab’s patient 59 rallied the chase. However, he lost two partners quickly when Mohammad Taha and Saad Khan were dismissed within the space of three balls and Pakistan were 119 for 5. Zaryab steered them past 150 but fell soon and Pakistan lost Afridi too, at the score of 165. The target of 189, however, was not too far away and Hasan and Musa confirmed their two points.