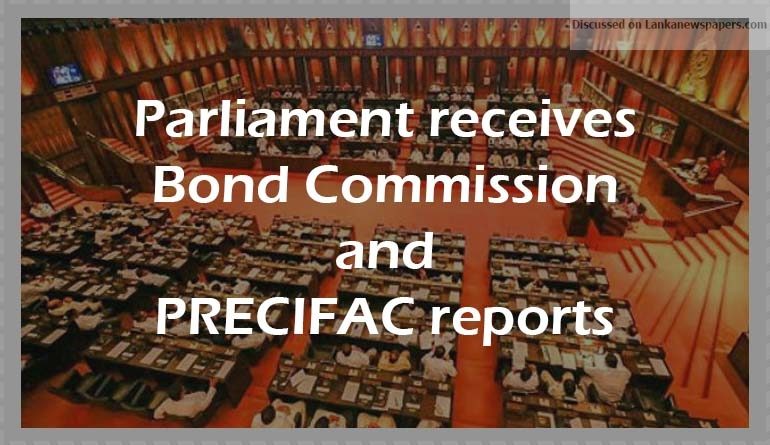 UPDATE (2:28pm) – Speaker of Parliament Karu Jayasuriya says that the decisions on further action on the recommendations of the Bond Commission report and the debate on the report will be taken during the party leaders’ meeting on January 22.

The reports of the Bond Commission and the Commission of Inquiry appointed to probe into serious acts of fraud and corruption have been handed over to the Speaker’s Office, a short while ago.

The Speaker’s Office said that 26 copies (English) of the Bond Commission report and a summarized report and 34 copies (Sinhala) of the PRECIFAC report were handed over by a legal officer of the Presidential Secretariat to the Secretary General of Parliament Dhammika Dasanayake.

Meanwhile the Speaker and Deputy Speaker of Parliament are to hold a special press briefing today regarding the reports.

Bond Commission handed over its final report to President Maithripala Sirisena on December 30, 2017.

The Presidential Commission of Inquiry to investigate and inquire into Serious Acts of Fraud, Corruption and Abuse of Power, State Resources and Privileges (PRECIFAC) handed over the report to the President on January 2, 2018.