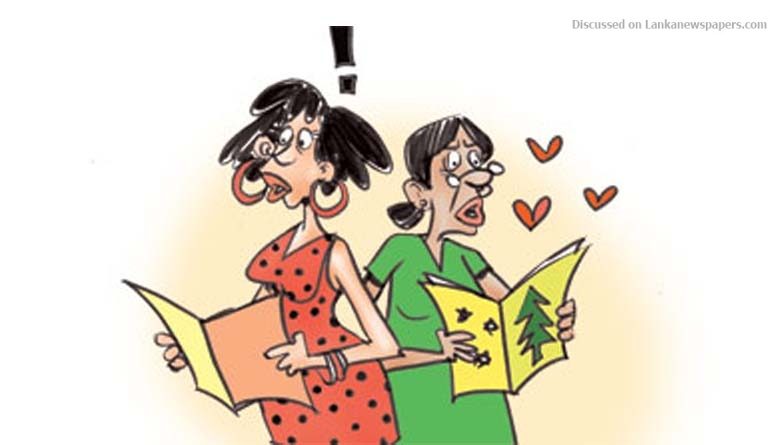 She was a pretty lady born in Colombo and employed in a Government Institution related to the Tourism industry. A staff officer attached to the office was interested in her and she liked him because of his kind and humble qualities.

She got a Greeting Card from him. It was mentioned in the card that it was sent because of ‘bearing the burden of 10 months’. Not so proficient in Sinhala, she asked one of her friends as to what the ten months he was referring to as not even three months had passed after his getting friendly with her.

Her friend wanted to inquire him about the meaning of this ten months and while she was talking to him he got a telephone call. The caller was his mother who asked “son, you had sent me a Christmas card but it was in English as never before”

He realised what had happened.