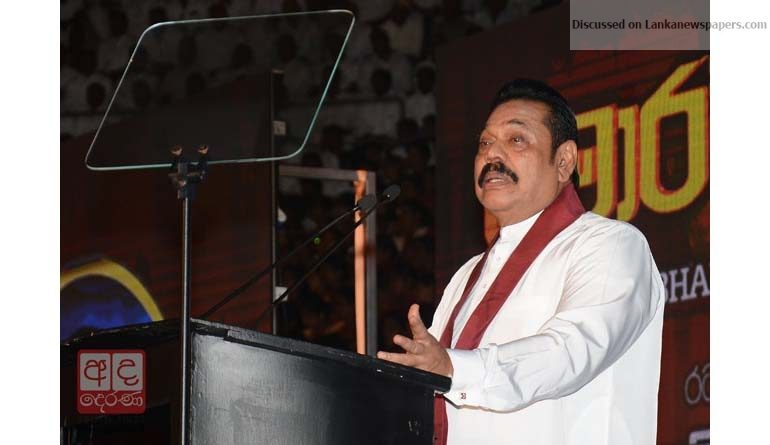 Former President Mahinda Rajapaksa says that although many are in need of his image for the upcoming Local Government election, only those contesting under the symbol of the ‘flower bud’ are its rightful owners.

Addressing the campaign launch of the Sri Lanka Podujana Peramuna (SLPP) at the Sugathadasa Indoor Stadium in Colombo today (2), he said this in reference to various parties and groups utilizing his image for election campaigning.