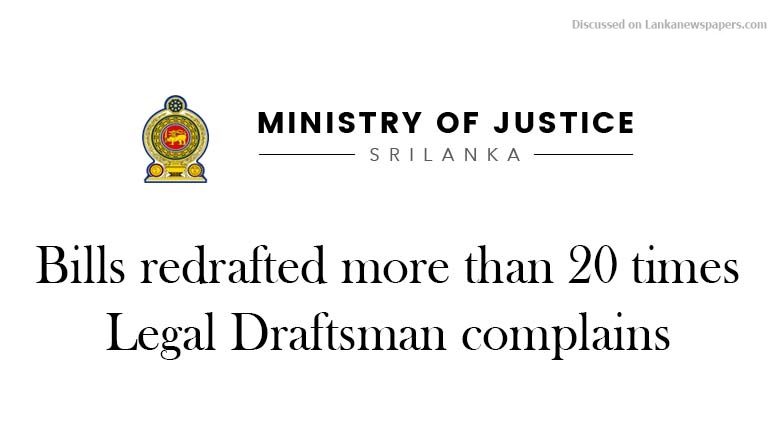 The Legal Draftsman’s Department has redrafted Bills, some more than 20 times, as instructing agencies keep on changing policy, the Department has said in a report presented to Parliament.

For example, the National Audit Bill and the Motor Traffic Bill have been amended 22 times so far, the Department has said.
The other Bills amended more than ten times and are yet to be finalised include the State Land (Special Provisions) Bill (13 times), the Land Development Ordinance (14 times), the General Sir John Kotelawala National Defence University Bill (10 times), the Sri Lanka Sustainable Development Bill (15 times) and the Voluntary Social Service (Registration and Supervision) Bill (11 times).

It says that, irrespective of a Bill being earlier finalised, this Department has to attend to it dedicating the same time and attention given to a fresh request. “Request for such amendments to completed drafts are sent even after the final draft is sent out in all three languages and sometimes the procedure is repeated a number of times,” the Department has complained.

The recently passed Local Government Elections (Amendment) Bill was amended 15 times before it was debated and passed by parliament.