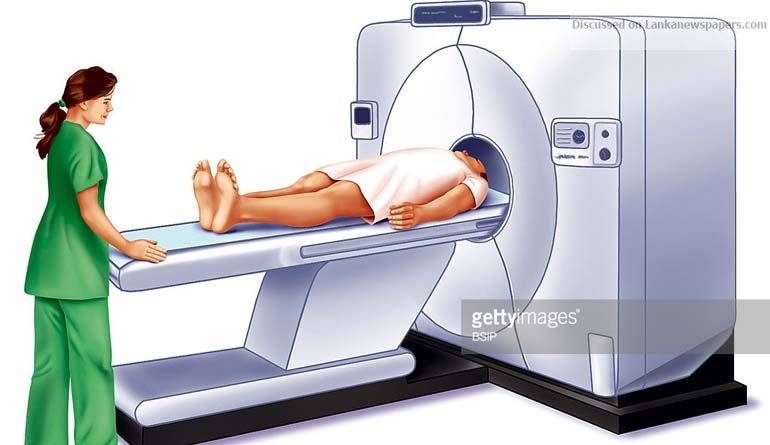 The high tech state of the art machine which costs around Rs. 202 million was a “Siemens” brand product of Germany with a capacity of performing over 100 scans per month.

Dr. Mohamed said it would take nearly a month to install the machine and the patients could receive the service from March.

It is learnt that one private hospital has the country’s only PET scan scanner and the cost of a scan is around Rs.150,000.

However, with the arrival of the new PET scannerat the Apeksha Hospital, it is planned to provide the service free of charge.

Dr. Mohamed said the vaccine to be injected to the patients before the scan will cost some Rs. 30,000 and hoped to import it from India with the government sponsorship.

The PET machine is to be installed in a separate building at the Apeksha Hospital with the recommendations of the Sri Lanka Atomic Energy Board.

He said 90 percent of the construction of the building has been completed and the rest would be completed before March.

Dr. Mohamed also added that a nine-member team of radiologists would be sent to Germany immediately to familiarize themselves with the operation of the machine.

The PET scanner which was a huge shortage to the health care sector became a reality due to the contribution of 20 million people and the commitment of some 150 dedicated members of the Kadijah Foundation and the Fight Cancer.