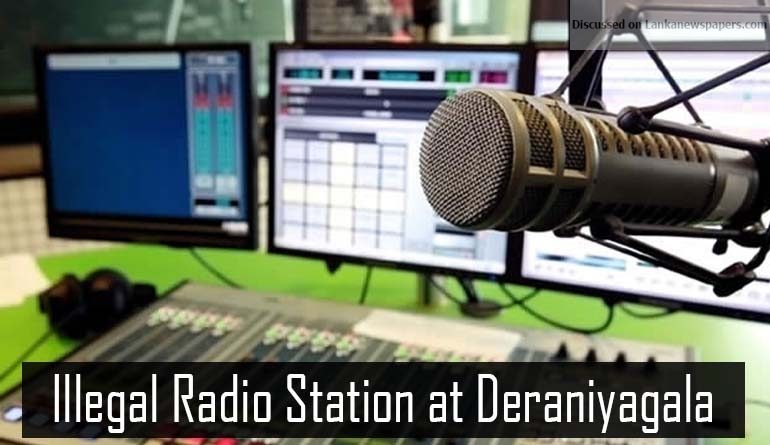 TRC spokesman Kapila M. Gamage said the illegal broadcasting station was raided with the assistance of the after it was detected by modern searching devices.

“The main equipment which is need for radio broadcasting and several other supporting equipment were also seized. It is illegal to broadcast without a valid license issued by the TRC,” he said.

The Telecommunications Act No.25 of 1991 later amended by Act No.27 of 1996 states that it is illegal to broadcast radio frequencies without a valid broadcasting license and it is a punishable offence.

He said new automatic frequency detection equipment would be installed this year to detect any illegal radio broadcasting frequencies within a few minutes.