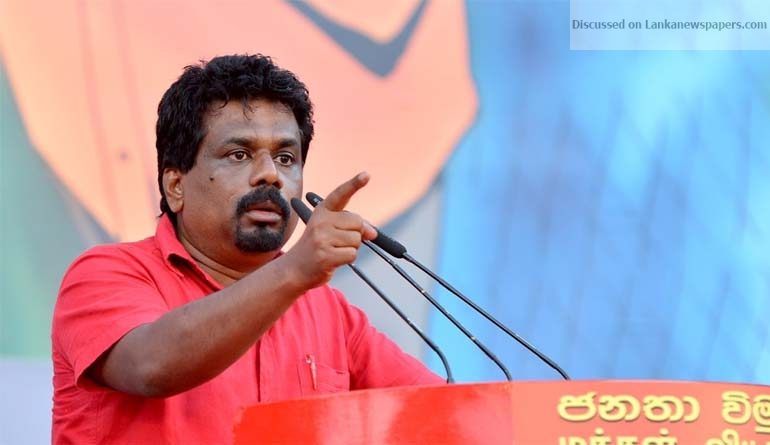 The Janatha Vimukthi Peramuna (JVP) said today it would request the Presidential Secretariat for a copy of the PCoI report on the Central Bank bond scam under the Right to Information Act (RTI).

JVP Leader Anura Kumara Dissanyake told a news conference that the report was not only for the President but also meant for the people to know who was responsible for the bond scam.

“The report was handed over to the President on December 30. It is his responsibility to present it to the people because they have a right to know how so much of public funds had been misappropriated and about those involved,” he said.

Mr. Dissanayake said the President was duty bound to implement the recommendations proposed by the (PCoI) and take action against the culprits by forwarding the report to the Attorney General.

“Don’t allow this report to be swept under the carpet like what happened to the reports of the Presidential Commissions in the past. The tradition has been to suppress one report by using another report or suppress a fraud by another fraud. Don’t let that happen to this report as well,” he said.

Mr. Dissanayake said the Presidential Commission of Inquiry to Investigate and Inquire into Serious Acts of Fraud, Corruption and Abuse of Power, State Resources and Privileges (PRECIFAC) had submitted 17 reports to the President but no action had been taken on what the reports disclose.

“We fear this happening to this report as well. We also hope to obtain the copies of the reports submitted by PRECIFAC to the President,” he said.