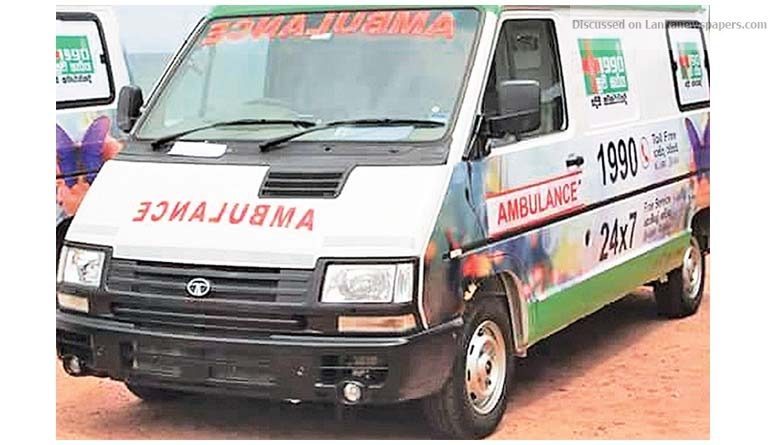 The second phase of the Suwa Seriya ambulance service set up with the assistance of India will begin today with a ceremony at Temple Trees.

Deputy Minister Harsha de Silva said that under the second stage, 209 ambulances will be provided plus a grant of US $15 million.

He said the monies would be used to expand the service, train manpower, expand the capacity of the Suwa Seriya main coordination centre and for other related purposes.

Under the first stage, 88 ambulances were received. Of them, 56 vehicles were provided to the Western Province, while 32 to the Southern Province.

From the date of its inception in July 2016, over 56,000 people received the service. At least 150 people benefit from the free ambulance service daily.

Recently, the Cabinet granted approval to the government to set up an institution, Suwasariya Foundation by an Act of Parliament to expand the 1990 ambulance service island-wide.

The 1990 free ambulance service operative now in the Western and Southern provinces has been a success and from the second stage the government plans to implement the service in other seven provinces as well.

Prime Minister Ranil Wickremesinghe as the National Policies and Economic Affairs Minister proposed to establish the 1990 Suvaseriya Foundation by a Parliament Act to continue operations and administration of the ambulance service, fully owned by the government