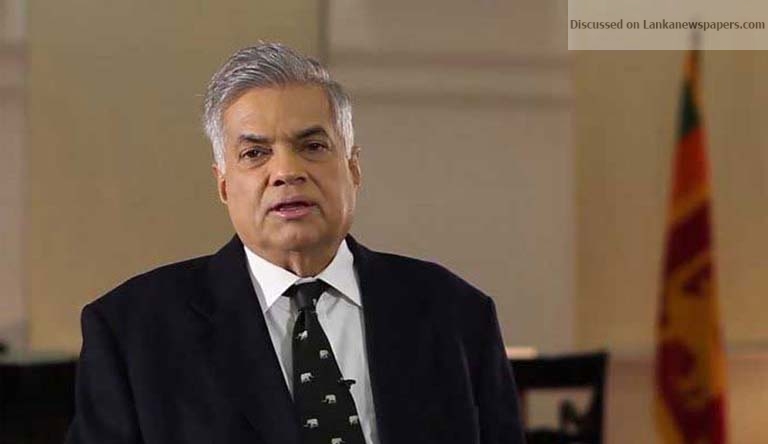 (Reuters) – Sri Lanka will ask Japan to invite the Indian Ocean island’s main creditor nations, including China and India, to talks on bilateral debt restructuring, as it seeks a way out of its worst economic crisis in decades, its president said on Thursday.

“Someone needs to call in, invite the main creditor nations. We will ask Japan to do it,” President Ranil Wickremesinghe told Reuters in an interview, adding that he would travel to Tokyo next month and hold talks with Japanese premier Fumio Kishida.

Sri Lanka, a country of 22 million people, is facing its most severe financial crisis since independence from Britain in 1948, resulting from the combined impact of the COVID-19 pandemic and economic mismanagement.

Left with scant foreign exchange reserves, which have stalled the imports of essentials including fuel and medicines, ordinary Sri Lankans have been battling crippling shortages of months amid sky-rocketing inflation and a devalued currency.

Public anger stoked unprecedented mass protests, which forced the country’s then president, Gotabaya Rajapaksa, to flee to Singapore in early July and then quit.

Wickremesinghe, a six-time prime minister, won a parliamentary vote and took office as president on July 21.

Besides seeking assistance from its allies, Sri Lanka is also in negotiations with the International Monetary Fund for a loan package of between $2 billion and $3 billion, Wickremesinghe said.

Sri Lanka’s total bilateral debt was estimated at $6.2 billion at the end of 2020 by the IMF, according to a March report.

Wickremesinghe said he was “not aware” of any such plans.