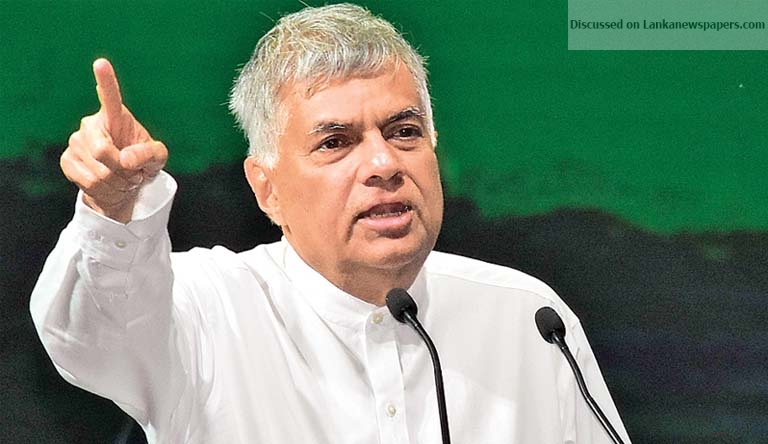 President Ranil Wickremesinghe has ordered public sector officials to strictly adhere to the circular issued by the Treasury earlier this year to limit government expenditures.

The directive issued by the Secretary to President Saman Ekanayake on behalf of the Head of State, warns that those who fail to adhere would be held personally liable.

On April 26, 2022, the Treasury Secretary issued Circular (No. 03/2022) instructing the government institutions to limit their expenditure, taking the ongoing economic crisis into account.

The circular includes instructions to limit payments of fuel and communication allowances, reduce expenditure on electricity and water, halt construction or obtaining buildings on lease and halt the payment of various types of allowances made at the ministerial or institutional level without the approval of the Cabinet of Ministers.

It also warns that those who fail to follow the directive would be personally held liable.

Mr. Ekanayake further advised the ministerial secretaries and heads of state institutions or any employee below to refrain from exchanging letters pertaining to judicial matters or matters related where the government or state officials are parties with the Chief Justice, judges of the Appeals Court and the Supreme Court, Judicial Service Commission and judicial officers including High Court, District Court and Magistrate Court judges.

He noted that the institutions are only allowed to write to the Attorney General’s Department as per the provisions of Chapter 26 of the Establishments Code which is on channels of communications.

If letters are to be addressed to the Attorney General’s Department from the said factors, it needs to be done via the Presidential Secretariat, he added.

According to him, the exchange of letters between the Ministry of Justice or any other state institution with the Judicial Service Commission, Attorney General’s Department and judicial officers pertaining to day-to-day subject matters and complaints to the Judicial Service Commission with regard to judicial officers does not fall under this directive.