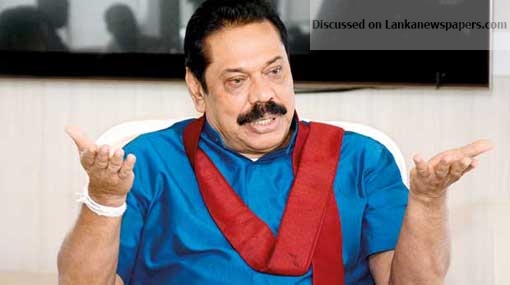 Prime Minister Mahinda Rajapaksa today appealed to all Government and opposition MPs to extend their support to provide relief to the people who are affected by the inclement weather and flood situation.

He told Parliament that the Government was taking steps to provide relief to the affected right now.

“A large number of people have been affected by the prevailing inclement weather. The Government is taking steps to provide relief to the affected. We expect your support also in this task. I take this opportunity to express my condolences to the families of the victims,” he said.

State Minister of National Security and Disaster Management Chamal Rajapaksa said he would make a special statement on the disaster situation in Parliament tomorrow.

One thought on “LNP – PM appeals all MPs to support providing relief to flood, landslide victims”