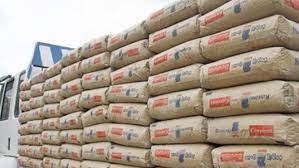 Addressing the media, he said certain raids were conducted by the Consumer Affairs Authority (CAA) in around 25 districts.

The main cement companies have been clearly instructed in this regard by the Ministry.

Previously, dealers sold cement to small businessmen. However, the Minister said the dealers also have started selling at retail prices.

The raids were conducted for selling cement other than the printed price tags on each cement bag, he said.

Therefore, the CAA had made necessary arrangements to increase the number of raids in each district.