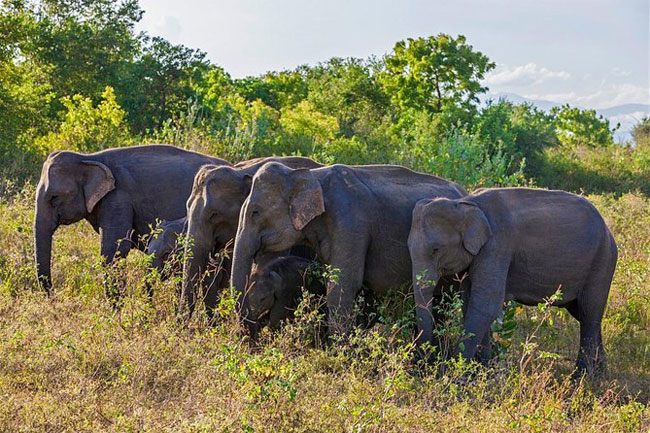 The Court of Appeal today issued an interim order restraining the Director-General of Wildlife Conservation Department Grant from registering all elephants in terms of the new regulations challenged in Courts.

The Court of Appeal further issued an interim order directing officials of the Department of Wildlife Conservation not to release the cow elephant named ‘Sujeewa’ and her three-month-old baby elephant back to the claimants or any other party until November 23. ‘Sujeewa’ is one of 14 tamed elephants recently ordered to be released back to their original claimants. Sujeewa has recently given birth to a baby elephant while being kept under the custody of the Department of Wildlife Conservation. The petitioners alleged that her separation would adversely affect the well-being of the baby elephant.

Court of Appeal Justices Sobhitha Rajakaruna and Justice Dhammika Ganepola made these orders pursuant to writ petitions filed by Centre for Eco-Cultural Studies, Justice for Animals Sri Lanka and Centre for Environmental Justice.

President’s Counsel Sanjeewa Jayawardena appearing for the petitioners sought an interim order taking into account the urgency and seriousness of the matter. He had submitted to Court that that giving of elephants back to the perpetrators who had illegally and unlawfully possessed elephants is illegal and a gross miscarriage of justice.

The petitioners said the decision to giving elephants back to the perpetrators is contrary to the interests of conservation and protection of elephants and a derogation of the fundamentally compelling duty of the State to ensure the fostering and propagation of a national heritage, for the benefit of all citizens, of both current and future generations.

The Petitioners further state that ensuring the due care and wellbeing of an elephant can only be done effectively by persons who are intensely knowledgeable about elephants and their behaviour and this should be based on a scientific premise and not purely, on grandiose self-proclamation or perception.

The environmental organizations alleged that 15 elephants held under the custody of the Department of National Zoological Gardens as productions were released back to those accused of illegally capturing them from the wild and keeping them in their possession under fraudulent documents and without registering them in terms of the provisions of Fauna and Flora Protection Ordinance No. 2 of 1937 as amended.

State Minister of Wildlife Protection Wimalaweera Dissanayake had recently issued an extraordinary gazette notification to regularise the registration of tamed elephants. According to this new regulation, the Director-General of Wildlife is vested with the power to register and issue a license in respect of a tamed elephant.