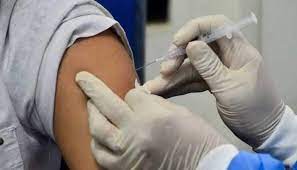 COVID booster jabs will begin to be administered to the relevant groups of people in the near future once the second dose rollout is completed, a top official said.

Speaking to the Daily Mirror, Chairman of State Pharmaceuticals Corporation (SPC) Dr. Prasanna Gunasena said it was confusing to administer the booster dose while the second dose rollout is still underway.

“The Advisory Committee on Communicable Diseases (ACCD) recommended in May to get ready with booster doses to be given after six-month of the initial dosage, which falls into the end of September, October or November,” he outlined.

“Accordingly, a stock of 14 million doses of Pfizer was procured to be used as a booster dose for people above 60. We have paid the advance for this and we will be getting them by the end of October,” he said.

In addition, Dr. Gunasena said another 800,000 Pfizer doses would arrive in Sri Lanka by the end of September as a donation from the US through the COVAX Facility, which could also be utilised for necessary requirements recommended by the ACCD.

“However, we are yet to receive clear cut recommendations on the booster vaccine rollout,”

“The ACCD has also not yet finalised the date to start giving the booster dose because we are waiting to complete the above for the 18 million population and the children with chronic illnesses,” he underlined.

“However, it is too early to conclude on this, as the recommendations are yet be finalised,” he added.

One thought on “LNP – Booster vaccine rollout to kick off soon”