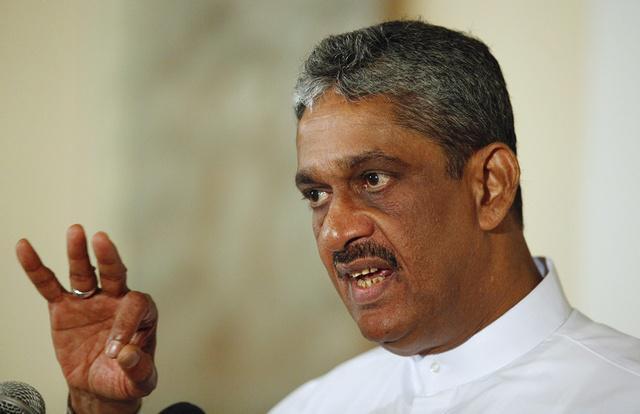 Inmates in prisons should break the bones of State Ministers if they storm into prisons and harass them by keeping pistols on their heads, an SJB MP said yesterday.

SJB MP Field Marshal Sarath Fonseka told a press conference that he would encourage prison inmates to break the bones of politicos such as Lohan Ratatte if they storm into prisons and harass them.

“I would advise the prison inmates to break the bones of politicos if they come into prisons and harass them. We the Opposition MPS will stand up for the prisoners if they hit back those who harass them,” the Field Marshal said.

“Mr. Ratwatte had come to Parliament after consuming liquor to my knowledge. I remember asking him as to whether he had consumed liquor when he shouted and misbehaved inside the House chambers one day. One can determine whether a person is drunk or observed sill by looking at the manner he is behaving,” he added.