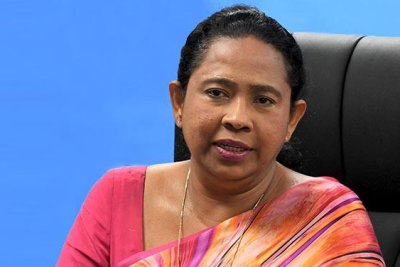 A long term plan should be prepared by the Transport Ministry to establish safer, sustainable, and more convenient transportation systems in the Colombo city and its suburbs, Transport Minister Pavithra Wanniarachchi said.

She said this at a special discussion at the Ministry today to review the progress of the Greater Colombo Transport Network Improvement Project, which is being implemented under the Ministry.

“Surveys conducted by the Ministry have revealed that around 1.9 million people enter Colombo daily and nearly 600,000 vehicles enter from various parts of the country. It has also been revealed that there is huge traffic congestion in Colombo and its suburbs. The air and noise pollution caused by this has increased to a highest level, “the Minister said.

Accordingly, Ministry officials were instructed to initiate and implement the concept of setting up multiple transport hubs in Colombo and surrounding areas.

The Minister also advised the officials to pay more attention to the future plans to curtail carbon emission process to reduce the environmental pollution caused by the transport sector.

The Minister also instructed the Project Director and the Ministry Secretary to prepare a proposal to find the necessary financial allocations for the expansion of this project through foreign aid.

One thought on “LNP – Ministry Plans to ease traffic jam in Colombo: Ministry”