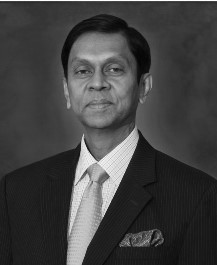 A writ petition was today filed in Court of Appeal seeking an order preventing Ajith Nivard Cabraal from functioning as the Governor of Central Bank.

The petitioner, former Governor of Southern and Central Province Rajith Keerthi Thennakoon is also seeking a Writ of Mandamus to compel the Attorney General and IGP to take legal action against Ajith Nivard Cabraal considering evidence available within the Forensic Audit Report.

The petitioner states that according to the forensic Report pertaining to the review period of (“1 January 2002 to 28 February 2015”) calculated that the Central bank of Sri Lanka had incurred losses between Rs. 10.4 – 10.6 Billion from year 2005 to 2015 to the Sri Lanka Government, whilst Ajith Nivard Cabral was the head of the Central bank.

The petitioner said the incumbent President and the new government inducted on 2020 February after the Presidential elections and the Parliamentary elections in 2019 August, promised through its election manifesto to take necessary legal actions against the suspects who alleged to have committed financial swindling as per the revelations made by the said two reports.

The Petitioner further states that, whilst Ajith Nivard Cabral is under so much scrutiny over his own actions during his tenure at the CBSL for the time period from 2006 to 2015, in the event he being appointed as the Governor of Central Bank, the latter shall tamper the evidence against him.

The petitioner further said the Cabral is single handedly alleged to have made the following damages or losses to the Sri Lankan Republic and its tax payers’ money.