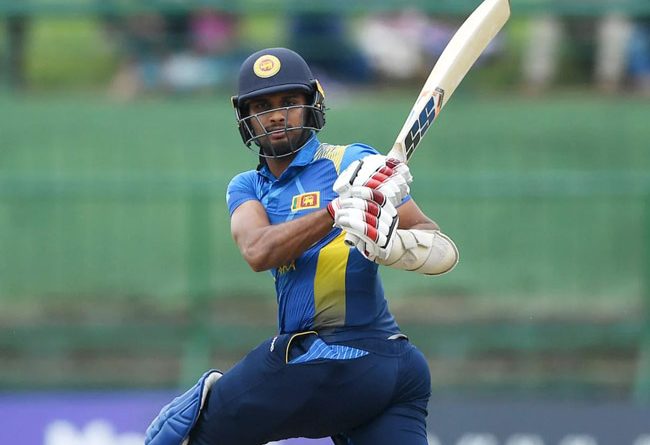 Dhananjaya de Silva shone with the bat as Sri Lanka beat India by four wickets in the second Twenty20 international in Colombo on Wednesday to level the three-match series.

Chasing a modest 133, Sri Lanka found themselves in trouble at 105-6, but de Silva dug deep to score a gutsy 40 off 34 deliveries to guide his team home with two balls to spare.

“I am very happy to contribute. In my mind, I wanted to bat till the 20th over. I thought this was my opportunity. When you play against India, it’s very tough,” said de Silva.

India had eight players unavailable for selection after they came into contact with Krunal Pandya, whose positive COVID-19 test on Tuesday pushed the match back by a day.

India’s cricket board (BCCI) said that the eight players in question had tested negative on Wednesday afternoon, but were being asked to isolate as a precaution. Playing with only five frontline batsmen and put into bat, India struggled to get going, with the Sri Lanka spinners taking advantage of a slow wicket that was offering ample turn.

Skipper Shikhar Dhawan top scored for India with 40 off 42 balls, while contributions from Ruturaj Gaikwad (21) and Devdutt Paddikal (29) steered the visitors to an underwhelming total of 132-5. Akila Dananjaya was the most impressive among the Sri Lankan bowlers (2-29), while Dushmantha Chameera, Wanindu Hasaranga and Dasun Shanaka picked up a wicket apiece.

The Sri Lankan chase was rocked early, with India leaving them at 66-4 at one point, before de Silva’s heroics were enough to save the day. The series decider will be played in Colombo on Thursday. India won the opening match by 38 runs.

Earlier on Wednesday, India’s cricket board (BCCI) announced that it had added Ishan Porel, Sandeep Warrier, Arshdeep Singh, Sai Kishore and Simarjeet Singh — all in Sri Lanka as net bowlers — to the regular squad as backup for the players ruled out.