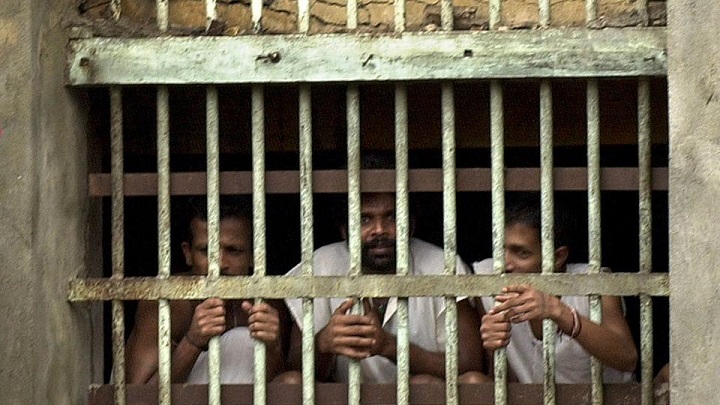 In the wake of the release of former MP Duminda Silva under a presidential pardon, several inmates of the Mahara and Welikada Prisons who have been sentenced to death have commenced a hunger strike from this afternoon.

Prisons spokesman Chandana Ekanayake said that the inmates are requesting that the death sentence be commuted to life imprisonment.

He said that discussion is underway with the Justice Ministry that the death penalty to be commuted to life imprisonment, a few years after it is imposed.

One thought on “LNP – Death-row inmates on hunger strike”