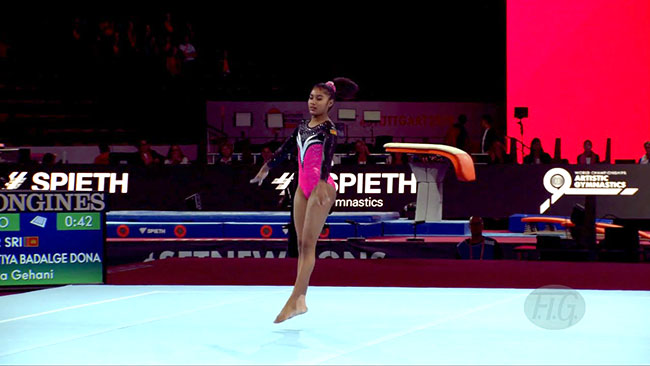 The 18-year-old is set to compete at the Tokyo Olympics after qualifying through the continental quota.

She was the first reserve ahead of Indian gymnast Pranati Nayak for the Asian quota and became eligible to compete from the zone following the cancellation of the 9th Senior Asian Championships, which were scheduled to be held from May 29-June 1 in Hangzhou, China, due to the COVID-19 pandemic.

She then finished within the top 8 at the Asian Championship in Indonesia in 2018, becoming the first Sri Lankan to achieve the feat. She also represented Sri Lanka at the Youth Olympic Games 2018, setting an Area record.