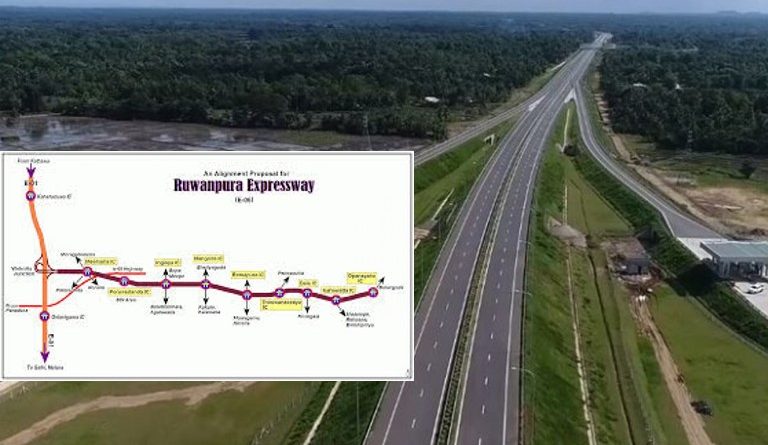 The construction work of phase 1 of the seventh expressway in the country named ‘Ruwanpura Expressway (E-06)’ will commence today, the Road Development Authority (RDA) said.

RDA Chairman C. P. Athuluwage said the construction has been scheduled to kick off today from Kahathuduwa to Ingiriya as the first leg of the project.

The total distance of the Ruwanpura Expressway from Kahathuduwa to Pelmadulla is 73.9 km and the Phase 1 to the proposed section is 24.3 km, he said.

The construction would be done by a local construction entity and the estimated cost of the project is Rs.54.7 billion and Phase 1 of the road scheduled to be completed within 36 months (by 2024), Mr. Athuluwage said.

The Proposed Ruwanpura Expressway from Kahathuduwa to Pelmadulla via Ratnapura is connecting Western Province with Sabaragmauwa Province. Phase 1 will be divided into four sections.

Phase 1 of the Ruwanpura Expressway is from Colombo to Horana Road (B084) and proceeds to Ingiriya via Horana. The design speed of this phase will be 110km/h and it will be a four-lane two-way Expressway. This section comprises two interchanges one at Horana and the other at Ingiriya.