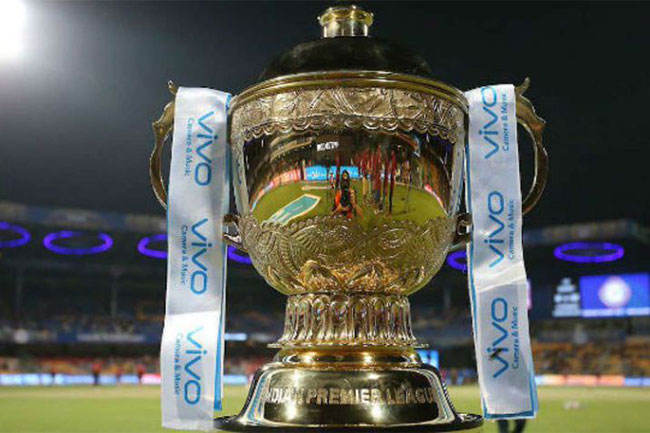 The Board of Control for Cricket in India (BCCI) has indefinitely postponed the Indian Premier League (IPL) 2021 after several players and support staff tested positive for COVID-19.

“We have suspended the IPL for now. The new window will be worked out later on. A statement will follow soon,” Patel told Sportstar on Tuesday.

In an advisory, the BCCI stated: “The Indian Premier League Governing Council (IPL GC) and Board of Control for Cricket in India (BCCI) in an emergency meeting has unanimously decided to postpone IPL 2021 season, with immediate effect. The BCCI does not want to compromise on the safety of the players, support staff and the other participants involved in organising the IPL. This decision was taken keeping the safety, health and wellbeing of all the stakeholders in mind.”

“These are difficult times, especially in India and while we have tried to bring in some positivity and cheer, however, it is imperative that the tournament is now suspended and everyone goes back to their families and loved ones in these trying times,” the statement read.

The decision comes close on the heels of Monday’s IPL 2021 match between the Kolkata Knight Riders and the Royal Challengers Bangalore in Ahmedabad being rescheduled after the Knight Riders’ spinner Varun Chakravarthy and seam bowler Sandeep Warrier tested positive for Covid-19.

According to IPL Governing Council members, the decision was taken after Amit Mishra and Wriddhiman Saha too tested positive on Tuesday. Multiple BCCI officials and the franchises too confirmed the development. “After much deliberation, it was decided that the tournament had to be suspended for now,” a BCCI official said.

On Monday, two members of the Chennai Super Kings’ IPL contingent too – bowling coach L Balaji, and a bus cleaner – had tested positive for Covid-19. CEO Kasi Viswanathan’s second report came negative in the evening. However, Balaji and the team driver continued to be positive.

Many Australian players left the IPL early as the coronavirus crisis worsened, with Adam Zampa and Kane Richardson choosing to follow AJ Tye home. Rajasthan Royals batsman Liam Livingstone opted to return to England citing “bubble fatigue” after spending much of the last 10 months moving in and out of biosecure environments. Meanwhile, India and Delhi Capitals spin spearhead R. Ashwin cut short his IPL season on April 25 to be with family.

The BCCI now is in conversation with the authorities to ensure the safe travel for the overseas players. “The BCCI will do everything in its powers to arrange for the secure and safe passage of all the participants in IPL 2021. The BCCI would like to thank all the healthcare workers, state associations, players, support staff, franchises, sponsors, partners and all the service providers who have tried to their best to organise IPL 2021 even in these extremely difficult times,” the statement read.