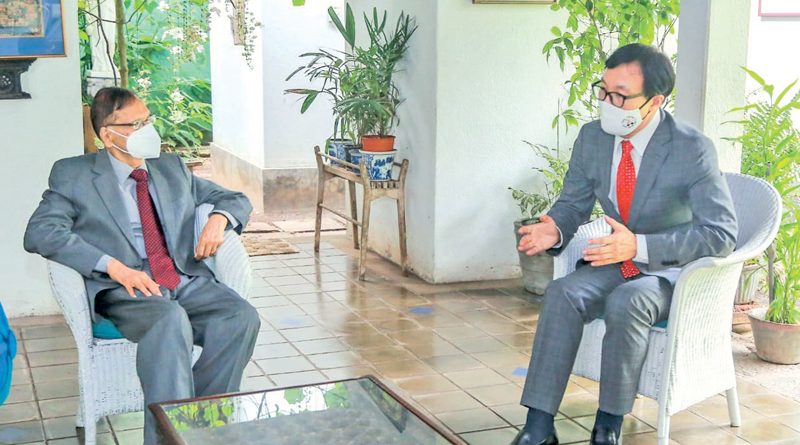 Korean Ambassador to Sri Lanka Santhush Woonjin Jeong expressed his pleasure regarding the Sri Lankan Government’s decision to officially adopt the Korean language as a foreign language for the Advanced Level curriculum from this year onwards.

The Ambassador was of the view that this decision will contribute to the promotion of our bilateral ties. The Korean Embassy will extend its fullest support by coordinating online capacity building programmes for teachers of Korean Language in Sri Lanka with the National Institute of Education to ensure a strong foundation for Korean languageeducation”.

The Ambassador elaborated that learning the Korean language would open the window to many job opportunities in Korea. The Korean Government policy of “equal pay for equal work” has further elevated the engagement in labour cooperation in recent years.

About 23,000 Sri Lankan employees are presently in Korea. Around 520 million US dollars were remitted by them from Korea to Sri Lanka in 2019. The migrant workers bridge both countries in more ways than one, as they continue to contribute to the economic advancement of both Korea and Sri Lanka.