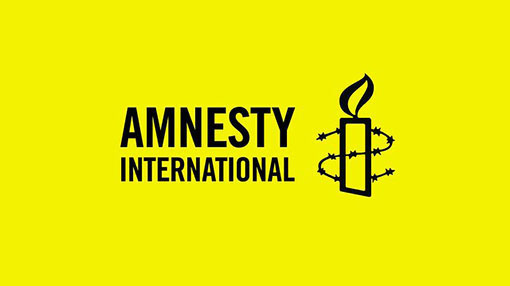 At least 41 Sri Lankan women, the majority of whom are migrant domestic workers, have spent months on end arbitrarily detained at a deportation center in Saudi Arabia, awaiting repatriation to their home country, Amnesty International revealed today.

The women have been held at a Deportation Detention (Tarheel) Centre in Riyadh for periods ranging from eight to 18 months. At least three of them have young children detained with them, and one woman is in urgent need of medical care and treatment which she is not receiving.

Their plight is a stark illustration of how domestic workers remain caught up in the inherently abusive kafala (sponsorship) system. In March 2021 Saudi Arabia brought in reforms to its kafala system, however these reforms excluded migrant domestic workers who make up 30% of the country’s 10 million migrant workers.

“Detaining migrant workers for prolonged periods of up to 18 months when they have done nothing wrong and are victims themselves is cruel and inhumane. These women left their homes and families behind to earn a livelihood in Saudi Arabia only to find themselves locked into an abusive sponsorship system that facilitates exploitation and abuse. Now they are indefinitely detained with no opportunity to challenge their detention and no indication of when they can be reunited with their loved ones,” said Lynn Maalouf, Deputy Middle East and North Africa Director at Amnesty International.

“Their ordeal clearly illustrates the urgent need for Saudi Arabia to extend labour law protections and reforms to its kafala system to migrant domestic workers. The Saudi Arabian authorities should immediately release all women detained solely for their migration status and work with the Sri Lankan authorities to facilitate their return home.”

None of the women have been informed of any charges brought against them; nor have they been granted access to a lawyer or received any consular assistance. Many were detained after they were unable to obtain an exit permit from their employer to leave the country or a work permit to regularize their stay in the country. Under Saudi Arabia’s kafala system which ties migrant workers to their employer, this is grounds for indefinite detention.

Detained in limbo with no end in sight

Amnesty International interviewed 11 individuals with close knowledge of the detentions, including migrant domestic workers, an activist and an official from the Sri Lankan Embassy in Riyadh.

In at least five cases, women were detained because they fled from an abusive employer and had not obtained an exit permit from their employer to leave the country.

One of the women awaiting repatriation said she left her job as a domestic worker in October 2020 following months of irregular pay since she first began working in Saudi Arabia in mid-2018, which left her significantly out of pocket for the work she had done. Her employer even deducted the cost of toiletries from her salary. When she resigned, her employer gave her some money for an airline ticket and left her on the street near the airport to find her own way back to Sri Lanka. She was handed over to the police by airport officials then detained after trying to buy an airline ticket as she did not have an exit permit.

Another woman who has been arbitrarily detained for four months tried to change jobs due to unpaid wages and extremely long working hours. When she called the police to ask for help they instead picked her up, took her into custody and transferred her to the detention centre.

During a global public health crisis such as COVID-19, detention solely for migration-related reasons cannot generally be considered a necessary or proportionate restriction on the right to liberty. Amnesty International opposes detention solely for immigration purposes, with only the most exceptional of circumstances.

For many of the women the anxiety of their prolonged detention is compounded by the fact that they have families at home who depended on the money they sent from their jobs in Saudi Arabia.

One of the detainees had run away from an employer who regularly beat her. After she sought help at the local police, she was sent to the detention center where she has now been held for eight months. She is a mother of three girls, and her family in Sri Lanka rely on her income.

Migrant domestic workers in Saudi Arabia routinely suffer abuse derived from the kafala system. Less than half of them are women, who often come from South Asia, work in private households to cook, clean and provide childcare. According to testimonies obtained by Amnesty International, they often face grueling working conditions and work long hours without breaks or days off. Many migrant workers have also faced irregular or non-payment of their agreed wages. They also face verbal and physical abuse and have their passports regularly confiscated by abusive employers who act with impunity. They are not allowed to leave the country without the permission of their employers, which makes the workers extremely dependent on them and increases their vulnerability to abuses of rights, including forced labour and physical and sexual assault.

In March 2021, Saudi Arabia’s Ministry of Labour introduced limited reforms to its kafala system, allowing migrant workers to exit the country and leave jobs without the permission of their employers if they fulfil certain conditions. However, these will do little to eliminate the risk of labour abuses and exploitation faced by migrant workers face who continue to be tied to employers who retain tremendous control over them.

“The recent changes announced are a step in the right direction but barely scratch the surface of this inherently abusive system. They cannot be celebrated while they exclude migrant domestic workers who remain trapped in abusive situations. The government needs to extend the protection of the labour law to domestic workers who make up almost 30% of the migrant workforce as required under the UN and ILO treaties Saudi Arabia has ratified,” said Lynn Maalouf.

Most of the Sri Lankan women detained in the deportation centre wish to return to their home countries. Prison officials have repeatedly informally told the women that they would be released and repatriated imminently, but no concrete steps have been taken so far.

Amnesty International wrote to the Sri Lankan and Saudi Arabian authorities on 31 March to demand they expedite the release and repatriation of the detained women. A Sri Lankan official at the Embassy in Riyadh told Amnesty that they are unable to routinely visit the women due to capacity issues and the need to make a specific request They have also not provided the women legal assistance. The official also said that the Embassy and Ministry of Foreign Affairs are liaising with “Saudia airlines” in Colombo to arrange a flight home. The women have yet to receive any confirmed information about such arrangements. Amnesty has not yet received a response about the findings from the Saudi Arabian authorities.

The 41 Sri Lankan women are among hundreds of women migrant workers from other nationalities detained at Exit 18 Deportation Detention Centre.

“We call on the Sri Lankan authorities to facilitate the voluntary, safe and dignified repatriation of all these women as soon as possible, and ensure consular support to all those detained. In the interim, Saudi authorities must ensure the conditions of detention conform to international law and standards and that the women can access adequate health care and legal support,” said Lynn Maalouf.