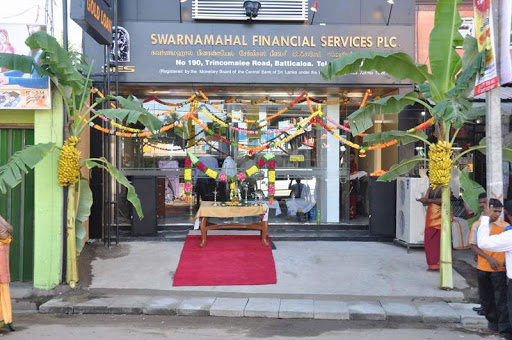 The Monetary Board of the Central Bank of Sri Lanka has decided to suspend business of Swarnamahal Financial Services PLC (SFSP), in terms of Section 31(1) of the Finance Business Act, No. 42 of 2011 (FBA) with effect from 5.00 pm on Monday (April 12).

Having considered the continuously deteriorating financial condition and non-availability of a viable revival plan, the Monetary Board decided to suspend the business of SFSP and its parent Company ETI Finance Limited (ETIF) in terms of Section 31(1) of the FBA with effect from 13th July 2020 and the period of suspension of business activities was in effect until 12th January 2021, the CBSL said in a statement.

During the suspended period the Company failed to bring in an acceptable revival plan through a capital infusion even after expiry of almost six (06) months from the date of suspension of the business activities and the financial position of SFSP continued to deteriorate further.

During the said suspension period, a significant amount of dues to SFSP were collected mainly through gold loan recoveries and number of depositors requested their remaining deposits to be repaid with such recoveries.

Accordingly, the Monetary Board, in the public interest and in the interest of depositors, ordered SFSP to resume business notionally for a limited period of three (03) months from 13th January 2021 under the supervision of the Panel of Management appointed by the Monetary Board, subject to specified strict conditions, only for the purpose of repayment up to fifty percent (50%) of remaining deposits.

A total of Rs. 665.6 million has been paid to ninety four percent (94%) of the remaining depositors under the repayment plan by the end of March 2021 and the balance payments are also being processed by SFSP.

In the meantime, the Monetary Board decided to increase the maximum compensation payment under the the Sri Lanka Deposit Insurance and Liquidity Support Scheme (SLDILSS) from Rs. 600,000 to Rs. 1,100,000 by Rs. 500,000.

This decision has been taken to provide further Issued By Date relief to the depositors of financial institutions regulated by the Central Bank of Sri Lanka in the event of a cancellation or suspension of the licences of such institutions.

Having considered the continuously deteriorating financial condition, intensifying the insolvent position of the Company and non-availability of a viable revival plan and the need to facilitate payments of increased compensation of Rs. 500,000 from SLDILSS to remaining depositors of SFSP without delay, the Monetary Board has decided to issue a Suspension Order to SFSP in terms of the provisions of Section 31(1) of the FBA with effect from 5:00 p.m. on 12th April 2021 to SFSP.

During the suspension period, the Panel of Management will continue to manage the affairs of SFSP and the enhanced amount of compensation from SLDILSS to the remaining depositors of SFSP will be paid through the island wide branch network of Peoples’ Bank.

The date of commencement of such compensation payment will be notified to the depositors of SFSP in near future.

Further regulatory actions that will be taken on SFSP will be notified in due course.

All debtors of SFSP are advised to pay their dues to SFSP on time, only through the following bank accounts under the name of SFSP and maintain records for all payments to avoid any possible litigations against them for non-repayment of dues.

Depositors, who have not yet received 30% of deposit repayments made in 2018 and 2019 and 50% repayment of remaining deposits made in 2021, have the ability to collect/receive their repayments during the suspended period of business of SFSP.