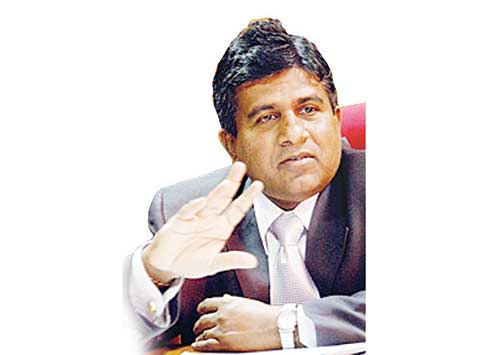 Wijeyadasa takes it up with Saudi-based outfit

One-time Justice Minister and ex-President of the BASL Rajapakse said that Dr. Sheikh Mohammad bin Abdul Kareem Al-Issa had, on behalf of the Muslim World League, given an assurance in that regard, at a National Peace Conference, at Nelum Pokuna under the patronage of the then President Maithripala Sirisena on June 30, 2019.

Rajapakse told The Island he had taken up the issue with Secretary General of the Muslim World League Dr. Sheikh Mohammad bin Abdul Kareem Al-Issa recently.

In a letter dated March 22, 2021, MP Rajapakse urged the Muslim World League to carry through its widely reported promise made in the presence of President Sirisena and former Presidents, Chandrika Bandaranaike Kumaratunga and Mahinda Rajapaksa.

Dr. Rajapakse emphasised that there couldn’t be any justification in further delaying the payment. “Let us hope those who organised the Nelum Pokuna event, too, will take up this matter with the Muslims World League and finalise the transfer of funds before the second anniversary of 2019 Easter Sunday carnage.”

Responding to another query, Rajapakse said the failure on the part of the Muslim World League to make the payment had been raised at the Presidential Commission of Inquiry (P CoI) into the Easter Sunday attacks.

The MP said that as the families of the victims hadn’t received the promised financial assistance, he had raised the issue with the Office of former President Sisisena and his successor, Gotabaya Rajapaksa. Dr. P. B. Jayasundera had recently confirmed that funds hadn’t been received yet, the MP said.

Referring to a letter received by the then Western Province Governor A. J. M. Muzammil from Dr. Sheikh Mohammad bin Abdul Kareem Al-Issa in the wake of accusations relating to the mysterious disappearance of USD 5 mn, Rajapakse questioned the rationale behind the Muslim World League holding up the payment pending Sri Lanka providing information relating to the spate of suicide attacks.

Samira De Silva, Secretary to former President Sirisena yesterday told The Island that the Muslim World League had held up the payment claiming the group was yet to receive response from the Nelum Pokuna event organisers to the following questions (1) the number of dead and wounded (2) their faith (religion) (3) list of the dead and the wounded (4) collateral damage to public property (5) number of widows and orphans (6) other relevant information and (7) account number of the President’s or  Prime Minister’s charitable fund.

According to a missive received from Dr. Jayasundera, the Muslim World League was to directly get in touch with the Prime Minister’s Office to finalise the matter.

The former Justice Minister said that those who organised the event had to ensure that compensation was paid as promised. “They had the President and two former Presidents on stage at Nelum Pokuna when the assurance was given to Easter Sunday victims,” MP Rajapakse.

MP Rajapakse took up the issue with the World Muslim League amidst ongoing debate in parliament on PCoI report on the Easter Sunday attack.